This Kids the Tom!​ 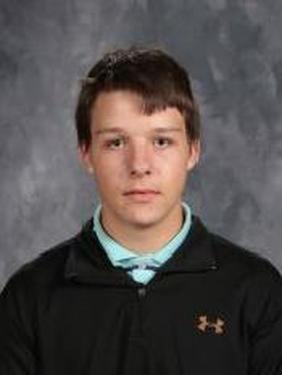 How do you even describe a man like Tom Nadeau? He’s an enigma wrapped in enigma wrapped in the warm, soft tortilla of a chimichanga. Gliding through the halls as if he’s some deity handing out warmth and joy. People falling to their knees, prostrating themselves to this man, nay, legend. Angelic choirs rising up and intoning a holy rite in honor of this Aitkin High school student.

Despite the limelight shined upon Tom he remains personable and friendly. Like all of us he has hobbies, such as playing frisbee golf with good friends, writing heartfelt poems that bring up emotions that you didn’t even realize you had within you, and just being awesome in general. Despite being such a fun loving guy he can really buckle down and put some work in especially in his favorite classes: Ceramics and Gym. As such a free spirit with a heart full of music, it seems most fitting that he enjoy such free form classes where he can truly pour his spirit into the work.

Many people wonder how someone could reach a level of awesome such as Tom has attained, surely he must have had help. He credits it all to his biggest inspiration, “your mom,” referring to my very own mother, Julia Real. She also holds a place in her heart for Tom, being quoted as saying, “(I realized he was a wonderful child) ...in third grade when he was the nicest one to my sweet pea (Franklin Real) when he moved from the Palisade school to Rippleside,” once again demonstrating how Tom has touched the heart of many a man, woman, and child with his actions.

He hopes that his nomination and subsequent claiming of the title of Student of the Week will improve his image in the eyes of certain faculty that have misjudged him. After losing a close race last week for SOTW he made it clear that he had been working hard to promote the aura of awesome that he exudes regularly, explaining that he’s able to really dedicate himself to improving the atmosphere because of his “love for this great school.” What a man, what a student, what a Tom.
Powered by