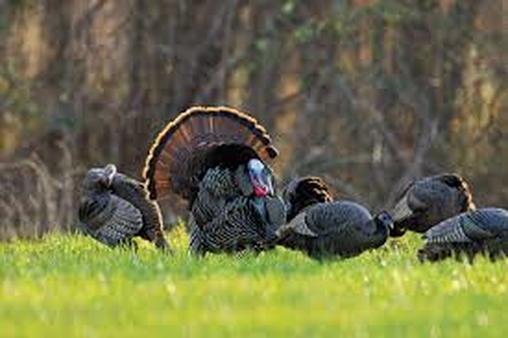 Along with deer hunting, turkey hunting is something that many people look forward to across the state
By Sam Roring
Posted May 23, 2016

Turkey hunting over the past years has become really big in Aitkin. There were times when you wouldn't see any wild turkeys in Aitkin. Over the past ten years there has been quite the rise in turkey population, ever since the transplant of 18 birds in 2006. The first turkey hunt in Aitkin took place in 1973, shortly after the exchanges with Missouri Fish and Game of turkeys for the ruffed grouse. After that the turkeys have been on the rise in Minnesota and expanding through the state.

Turkey expert Jacob Hagestuen started turkey hunting when he was in fifth grade he got asked to go out with a certain game warden. He ended up striking out on getting a turkey that year, but ever since then he has been hooked on turkey hunting.

He learned there is also a lot of prep work involved in turkey hunting. You have to scout so you can locate the birds and know where you are going to have to set up. “The payoff is great,” Hagestuen said. When asked what the ideal hunting spot is, Hagestuen said a grove with some brush is the way to go. Hagestuen prefers to sit against a tree, but hunting with young children it is always better to be in a blind because there is more room for error.
Powered by