Softball Kicks Off Their Season 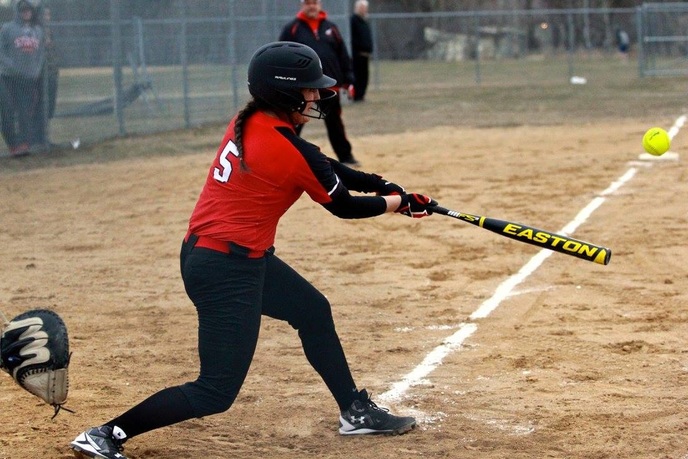 As there are only three starters returning for the Aitkin Varsity Fastpitch Softball team, a much anticipated season for the Gobblers has begun. “I hope we have a lot of fun and find out who fits best in each position," said varsity head coach Jason Henke. “Hopefully we improve.”

Another aspect of the game he is trying to improve is the mental aspect by following the three core values of the program: Be positive, work hard, team first.

As captains Maren Butenhoff (senior), Claire Browning (senior), and Taylor Ehnstrom (Junior) step out onto the field this year, the thing they are working on most is the unison of the team. “It will be a big learning experience for all of us to come together and play as a team,” said Ehnstrom.

There are six new girls who will be starting varsity and Coach Henke said he will have to do some experimenting with the line up. “Our middle infield will be strong and with Maren pitching and playing first we should do good," Henke said. "As for the younger girls it will be interesting to see who steps up.”
​
Ending last year's season with a 13-8 record, the team is expecting yet another winning record for the 2016 season. As some girls have already been playing softball by going into open gym since the middle of January, they have been preparing for their first couple of games. With already one loss this season to Esko, the girls are looking forward to competing against other teams and testing their skills. Their next game is Tuesday, April 19 at the Aitkin fields against Isle starting at 4:30 pm. Come out and watch the girls hustle, hit, and never quit!
Powered by