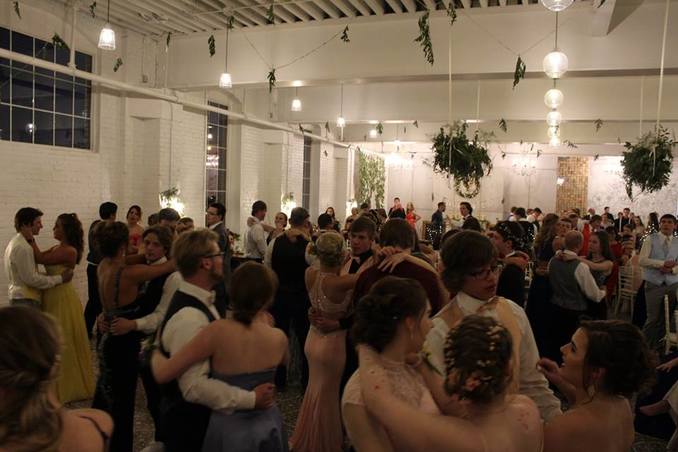 Students enjoyed a slow dance to start off the "Enchanted" night. (Photo by T. Larson)
By Kassidy Pietz
Published on April 30, 2018

Prom took place on Saturday, April 21 at the Luminary Fern (old train depot) in Brainerd. The day of Prom was filled with students waking up with no other plans aside from looking fly and having a great evening. Many people started getting ready in the early morning, even though they didn’t have to be ready and to the school until 5:30  p.m. for Grand March, which started at 6 p.m.

After taking pictures with friends, most students went to the school earlier than they were even required to for Grand March because they wanted to get pictures done by photographer Kassie Kokesh. She had a beautiful set up in the old gym that fit the theme of “Enchanted Forest” perfectly.

Grand March started at 6 and although everything seemed calm from the audience’s view, backstage was hectic and crazy with everyone trying to find where they were supposed to be in line. Students went through the first round of Grand March where they were introduced and the spotlight shined upon them only for a few seconds. After that, they went back into the original line and waited while the Prom King and Queen along with the prince and princess were crowned.

The candidates waited anxiously backstage for their turn to go on stage while they watched the video from the dress-up week before. Finally, it was the junior girls’ and boys’ turn to go on stage. Senior helper Kayla Thompson led the audience on a rollercoaster while moving the flower crown over each candidates head, ultimately ending on the heads of Maddy Slette and Payton Berg. After the junior Prince and Princess were crowned, it was the time for the crowning of the king and queen. Again, Kayla led the audience on a rollercoaster while moving the crown over each king candidate’s head, but ended up putting the crown on Andrew Hachten. She moved on to the girls but stopped unexpectedly and announced that this year was different than any other, as there had been a tie between two senior queen candidates. She placed a crown on both Saige Arnold and Kate Kokesh’s heads.

“I was excited when I found out there were two queen candidates because more people would get to experience the feeling of winning the crown,” Said senior co-queen, Kate Kokesh.

After the crowning of the candidates, everyone went onto stage one more time with another couple and headed down the stairs into the old gym to take pictures with friends and family. Time flew by quickly as everyone scrambled to get pictures with the people they wanted to, and before anyone knew it, it was 7:15 and time to board the buses to Brainerd.

Everyone was in total awe of the Luminary Fern. It was breathtakingly beautiful with accents of white and gold. The tables were set very elegantly and each person received their own Mason Jar glass that had their name on it and came with a straw. Dinner was served buffet style, so the tables went in order of their number. Students were able to go dish up their own plate of a roll, green beans, mac and cheese, garlic mashed potatoes, and breaded chicken. All the food was made by chef Peter Lowe, and he did a wonderful job on all of it. For dessert there was chocolate sheet cake.

“I liked that there were options so if you didn’t like something you could eat something else, or  you could have it all,” said senior Maggi Fellerman. “Macaroni is something that everyone likes, so it wasn’t weird. And, it was just delicious.”

After eating, everyone was full but ready to dance. The floor was a bit small, but that made it seem as though there were more people than there were and it made it feel more like a party. There were games such as giant jenga and bean bags that attendees could play if they got tired of dancing. People were able to sign up for the bus they wanted to take back to the school and the first two buses filled up very quickly. Before each bus left, there was a prize drawing such as a gift card, Polaroid camera, or a Roku TV. The first bus left at 10:45, the second left at 11:15, and the third left shortly after the second because there were so few people left.

Prom was great, but when attendees got back to the school they were all surprised that there had been some vandalism on many of the cars parked in the lot while Prom was happening. The vandalism was made by a group of people using car paint markers to draw male genitalia all over the windows and mirrors of peoples cars. A little bit of a downer, but nothing could bring anyone down from the adrenaline high they were still on from the hype of the dance. All in all, it was one of the best Proms AHS has ever seen and everyone who went experienced a night they will cherish forever. 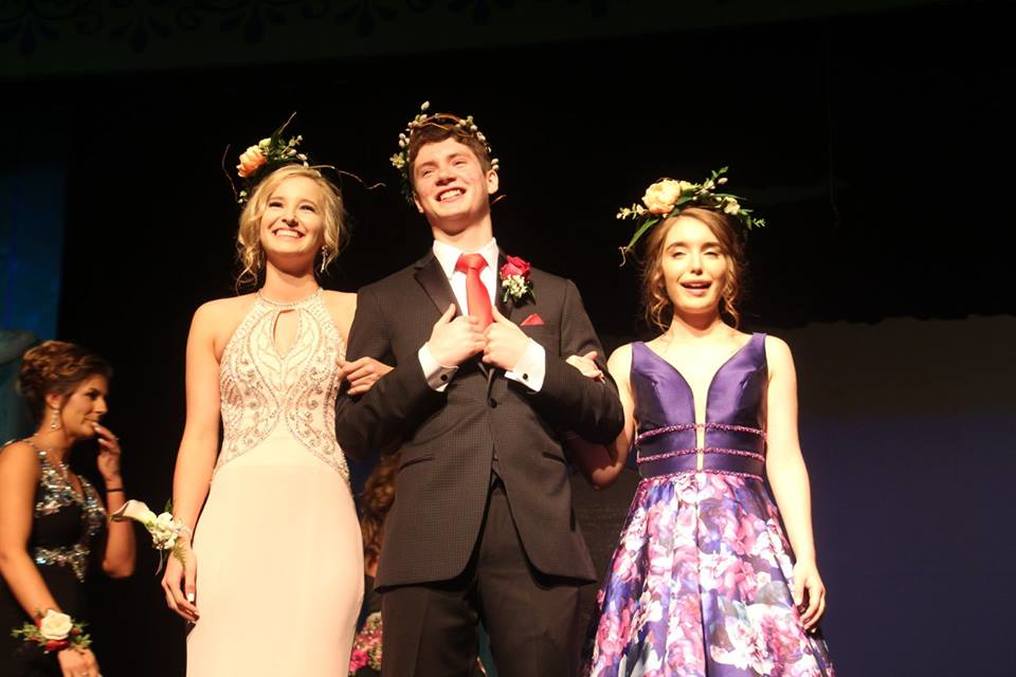