Foreign Exchange Student of The Week 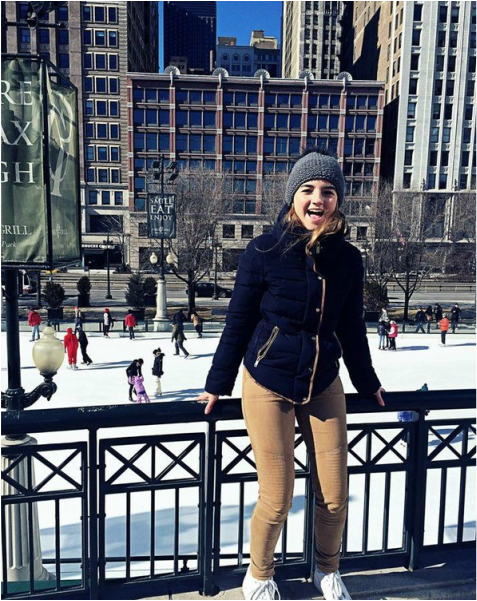 By Corri Sanbeck
Posted March 30, 2016
​
Paule Zumarraga is from Durango, Vizcaya, Spain. She is in 10th grade and is one of the three foreign exchange students that are spending their 2015-16 school year here in Aitkin. She is staying with the McMillan family. Paule decided to become a foreign exchange student because when her dad was in high school he went to England and a couple of her cousins have gone to Ireland. She chose to come to the U.S. because nobody in her family has come here for school.

Zumarraga played tennis in the fall and has joined the softball team. Back home in Spain, she plays tennis and soccer. In her free time she likes to hang out with friends, and in the winter she enjoys skiing.

At Zumarraga’s school, they don’t get to choose their classes. Her favorite class here is baking and she says that school here is a lot less serious and she likes it better. She mentioned to me that nobody at her school would ever wear pajamas to school so she thought that was really weird the first time she saw it.

Paule will return to Spain to complete her junior and senior year. After she graduates, she plans on returning to the U.S. for college and hopes to become a clothes designer.
Powered by