No. 8: Comics by Sami Jacobs 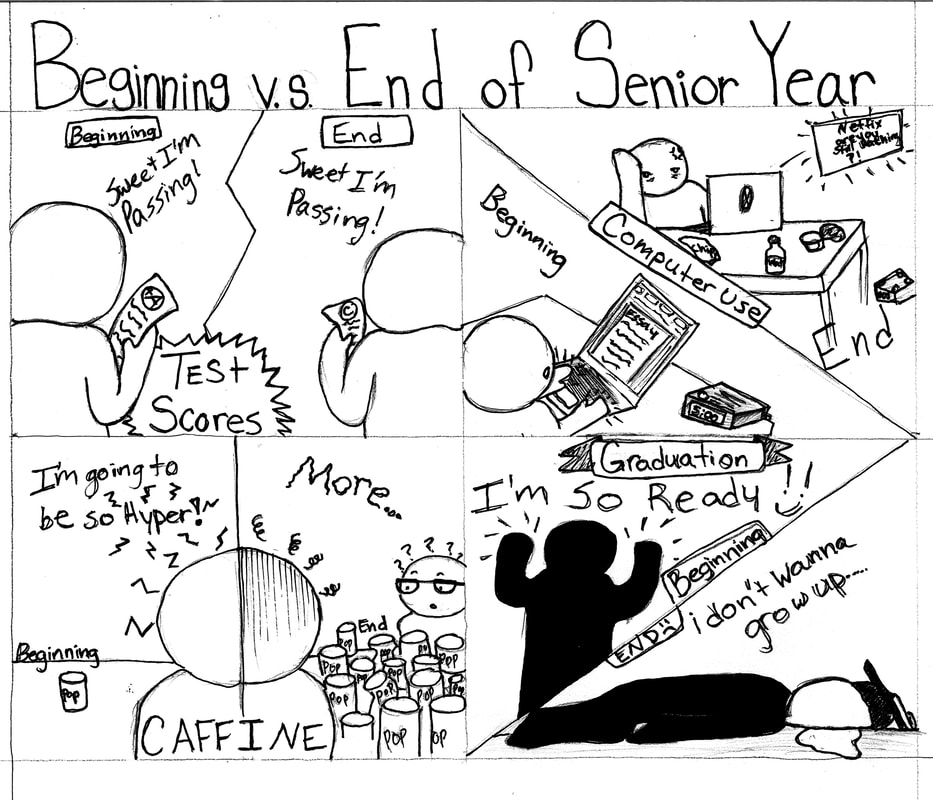 The comics were a spur of the moment decision that was made during class. The inspiration for the comic's style is knowing that in this day in age, simple is fun and cute. But that being said many people see it as a simple boring comic that no one will look at. I have always loved drawing and have wanted to create a story that would show the daily life of a high school student and try to show them that all of us know that school can be crazy but also fun if you can look past the grades.

The favorite comic seems to be “Beginning v.s End of Senior Year” due to many seniors being able to identify with one (or all) of the panels. Creating these comics would have been much harder without help from the other students who helped with ideas along and Emily Cauffman, who lined the comics. I really hope that people were able to get a chuckle out of the few comics that went out. Although there were not very many, they were worked on by people who truly enjoyed them.

Much of the time spent coming up with the ideas was spent with me laying on the floor with a bunch of pens and markers trying to come up with an idea (but many of these were scrapped). The comics that actually got sent out were made randomly during class and finished the day they were started. Many times I thought my art was terrible but through these comics, I have been able to broaden my artistic abilities and hope other people can see that and know that I have deeply enjoyed being a part of the Journalism class of 2019. Thank you, Mr. Henke, for allowing us students to be creative and help us in any way you can.
Click here for No. 7: Senior awards
Powered by