No. 6: Wrestling team goes to state 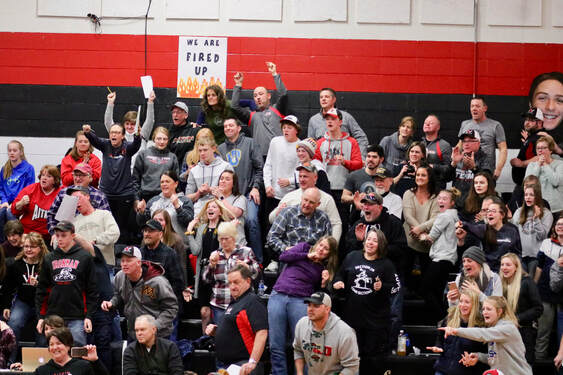 The Aitkin Wrestling team went to the state tournament for the first time in 11 years. The matches leading up to the big win were ones to remember. Aitkin first went up against Rush City, where nine out of the 14 wrestlers from Aitkin walked away from that match with a pin. Aitkin only gave up 4 total team points that match. The second match that Aitkin wrestled was against Deer River. Quin Miller earned his 75th win during that match. Aitkin won that match 59-15.

The third and final match against Royalton had the gym on their toes. The score had Aitkin leading 36-24 with two weight classes to wrestle. Cody Snyder walked out onto the mat and in the first two periods was down 12-3. The third period came and Snyder picked the neutral position. Very quickly Snyder got Kasella in a headlock and threw him to the mat. It took a while for the refs to call the pin but when they did, the gym exploded with excitement. People were crying and, at that moment, time stopped. Aitkin was finally going to state after falling to both Pierz and Royalton for many years.
Click here for No. 5: AHS Believe It or Not
Powered by