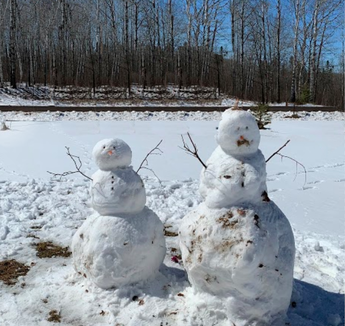 The weather in 2019 was frigid and will be remembered by all of those who were alive in this period. The polar vortex is destined to be talked about by this generation as we are wrinkly and grey, spoken as if the cold was a legend. Aitkin High School was closed from January 29-31 with the makeup days being pardoned by Governor Tim Walz.

The chilling cold rivaled the coldest wind chills recorded in Minnesota at 71 degrees below zero in 1982 and left a permanent stain, whether perceived as good or bad, on the memories of those from Aitkin and all of Minnesota. The polar vortex was so intense that mail and package delivery carriers had or suspended their service in six or more states including Michigan, Wisconsin, Minnesota, Iowa, North Dakota, New York and more.