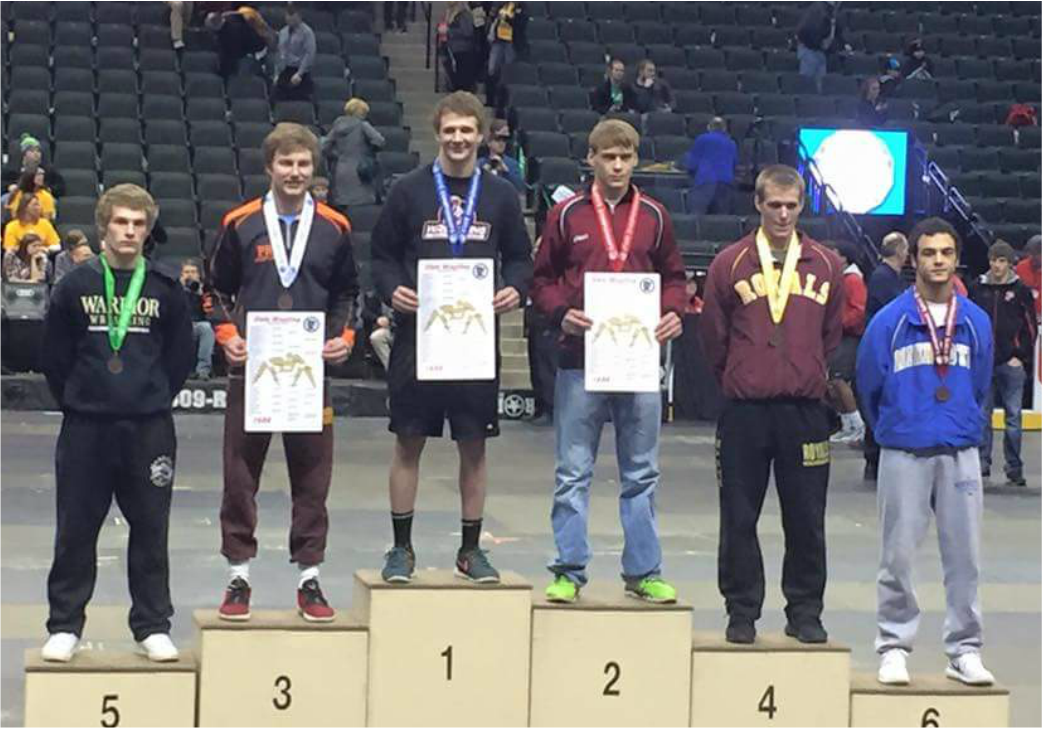 Landrus Wrestles his way to the state title

The Aitkin High School male student athlete is senior Noah Landrus. Noah is a hard-working student and a great friend. Landrus is one of the captains of the Aitkin Wrestling team. ‘’My favorite part about being a captain is being able to set the pace and having younger kids look up to me,” he said. “My favorite thing about wrestling is the one-on-one competition — nothing can hold you back.’’

Landrus had an outstanding season with a record of 43-1, taking him to the state tournament and the state title at 160 pounds in Class A. I asked Landrus what it took to be a champion. “It takes mental toughness, you need to push yourself even when you think you've had enough,” he said. “(It takes) lots of focus and a will to win.”

After landrus won state title, one word could explain it: “I felt electric!” he said. “The final match I took him down in the first 20 seconds, let him up and he took me down so at the end of the period it was 3-3. Second period he chose down and I tried to ride him out, but he got up. I took him down and let him up twice so it was 7-6 going into the third period and it was my choice. I thought he was going to let me up but he didn’t. He got dinged for an unsportsmanlike conduct and I got a point making the final score 8-6. He kept digging his thumb into my nose and he had been warned three or four times for it.”
​
Landrus thanked all of his coaches, but especially coach Greg Hills. “Coach Hills is always making sure I'm ready to go and not being overwhelmed, and relaxed before every match,” he said. Landrus was thankful for all the people who supported him and the team this year, especially the managers. “I love them all,” he said.

After high school Landrus isn't sure where he's going to school, but he wants to continue in the great sport of wrestling.
Powered by