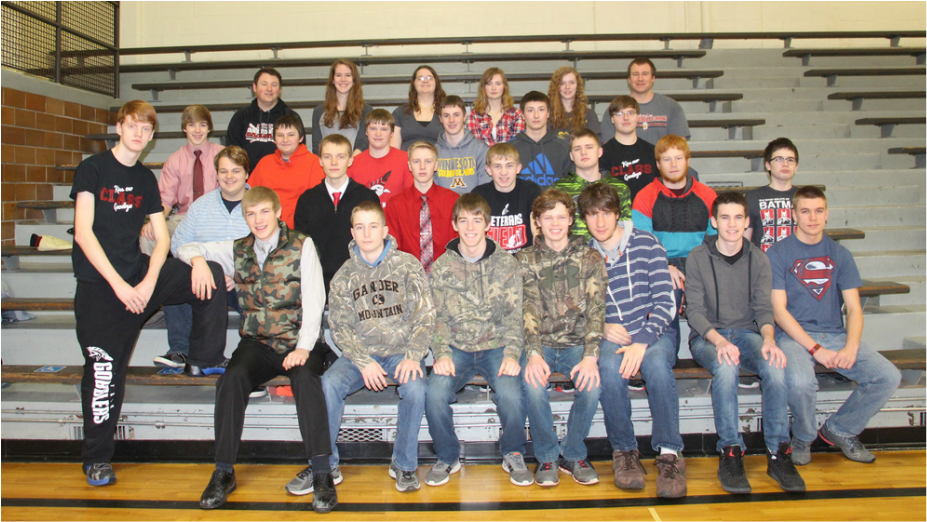 Two squads from Aitkin will represent the red and black at the Knowledge Bowl Section showdown.

Two teams off to sections

Knowledge Bowl might be a slightly overlooked activity here at AHS, but Taylor Courier says that it is a lot of fun without it being a huge time commitment. “A lot of the questions are off the wall and it’s interesting to see what they can come up with for answers,” she said. Courier also said that the best part of it is just having fun with the questions and her team.

The Knowledge Bowl teams practice every Wednesday morning before school for about a half an hour by going through packets of questions from earlier meets. Their meets are composed of taking a written test with their teams of four and then they do four oral rounds as a team, with their rankings changing after each round.

​So if you know lots of facts and are looking for something to do with them all, why not join Knowledge bowl next year? Advisors Mr. May and Mr. Smith would be happy to have you on one of the teams, and don’t forget to wish the teams good luck at sections on March 15.
Powered by