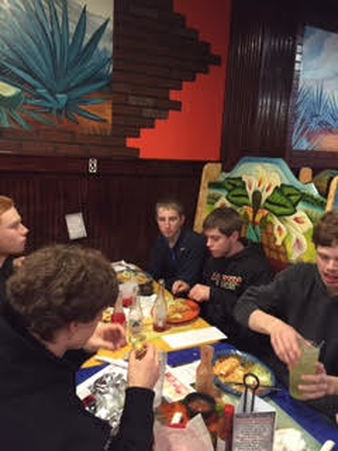 Students had to place their food order in Spanish in order to get served
By Justice Ramos
Posted March 14, 2016

Last Wednesday, students that were involved in spanish classes at Aitkin High School went on a field trip to the restaurant El Tequila. El Tequila is a mexican restaurant that is located in the Brainerd Lakes area.

Spanish teacher Mrs. Boerhave said that the purpose of the trip was to try traditional mexican dishes and see the way that they prepare and serve their food. It is also a chance for the students to have a chance to communicate with native speakers. “El Tequila helps us stretch our class out to the community,” Boerhave said.

Employees from the restaurant are from various countries around the world. Some are from Mexico, a few are from Honduras, and some are from El Salvador. Being able to communicate with people from different countries was a great experience as students had the chance to order food and drinks and have a full conversation in spanish.

Mrs. Boerhave was the last one to pay so she could ask the employees and the manager how students did with the language and how they behaved. The manager told her that he was surprised at how patient the students were because it did take a while for us to order in Spanish and for them to bring out all the food. He also told Boerhave that her students were well educated and knew how to complete sentences.

The restaurant is an authentic Mexican place. The tables and chairs were designed with old traditional Mexican art. Their shipments of food and furniture all came from Mexico.

The purpose of this field trip was to learn more about the Spanish culture. Spanish students learned more about the language and had the chance of being exposed to it. Going to El Tequila was a great experience to have the chance to try to communicate in Spanish and try traditional Mexican food. 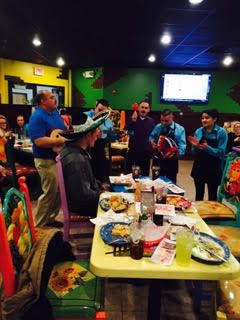 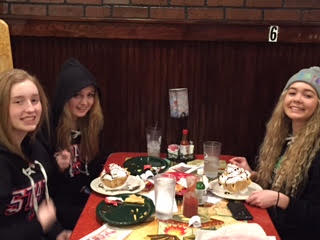 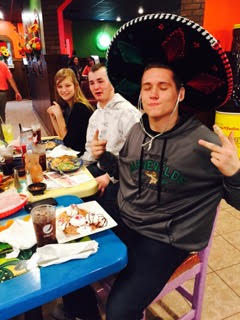