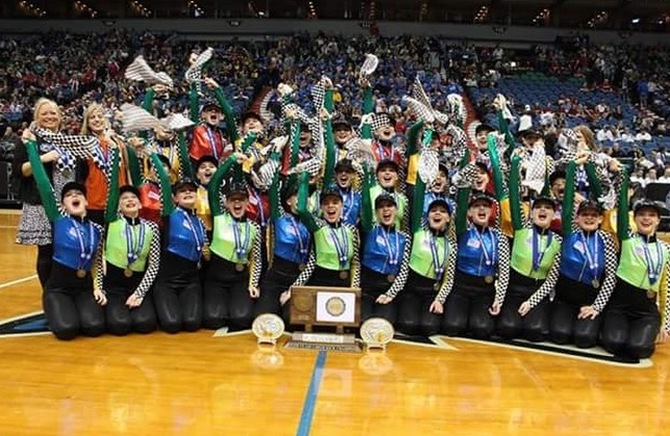 The Aitkin All Starz 2015-2016 dance season was very successful along with several other seasons. The dance season starts in October and goes until the state tournament, which lands in February. The season started out with the usual, hearing the music for the first time, going through the expectations and rules, and started learning the dance.

Leaving for state was nerve racking. Knowing that they had taken second during sections made them wonder if they had what it would take to become a champion team. After the section competition, the dancers and the coaches knew that the first place title wasn’t going to be given to them and that they needed to work for it.

After dancing at prelims, the teams went back to their designated rooms and talked about where they are at in the competition and how they did. The coach told the girls that they were ranked first, but it wasn’t a strong lead and that they needed to work hard for the first place title. So the girls watched video and practiced what they need to fix.

Going out on the floor for the finals was more than nerve racking, knowing that this was the last chance to show the judges what they could do. When the dancers came off the floor, their coach told them that they had done a great job and she was going to be proud of them no matter the outcome.

​When lining up for awards, all of the dancers from each team were anxious to see if they placed. Third place was announced and awarded to Montevideo, going on to announce second place they informed the teams that there was a tie between two teams. When second place was announced they awarded it to Frazee and finally Aitkin was announced as the 2016 state champions. This is their ninth consecutive state appearance and their third state championship in a row.
Powered by