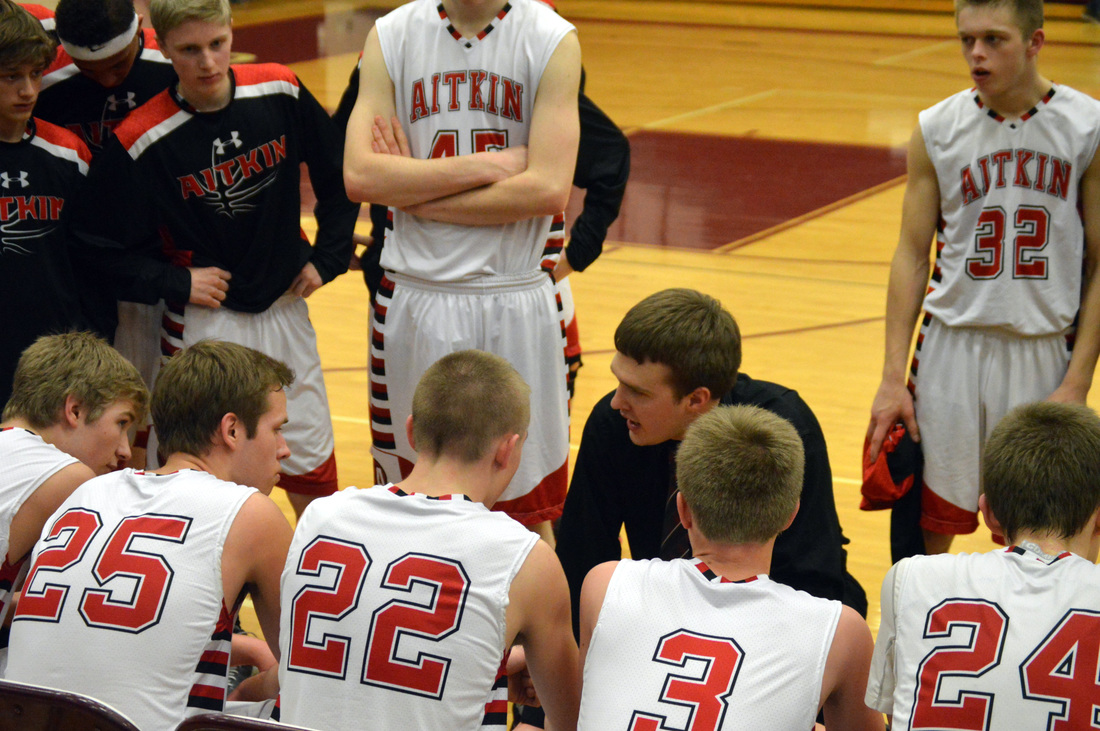 The Aitkin Boy’s Basketball team ended its season with a record of 11-16. Junior Spencer Jacobs said, “We were playing strong in the beginning and we won against teams that we wanted to, but after the first few games we hit some rough patches.”

“This season has been about highs and lows, but overall it has gone well,” head coach Jordan Moss said. “We have had streaks of really good games but have also had tough streaks.” He has been the head coach of the basketball team since 2012.

In the summer, Moss hosts a summer development program that helps the boys prepare for the season ahead of them. It ranges from summer camps to tournaments where they learn numerous skills. They work on shooting and ball handling, strength workouts, and conditioning. They keep record of how much they do in a binder and are rewarded for how much they did at the end of the season.

Moss said that he was happy with the performance of the team. “To end our home streak with four wins was a huge deal leading us into a long road stretch,” he said.  He was also proud that they beat Rush City, which was a very good team who they had recently lost to earlier in the season. So even though they didn’t win all their games, Moss was still happy with the teams that they won against.

As the season was coming to an end, Moss still wanted them to be confident and competitive going into their conference and section games. Their first playoff game was against the Crosby-Ironton Rangers, who have been tough competition over the past few years. The boys were playing very strong in the first half of the game, and were only down by 3 points at the end of the first half. The boys lost 69-39, which ended their 2015-2016 basketball season.

​Overall the coaches were happy with the way the boys held themselves up and how much they had improved throughout the season. Even though they didn’t win all of their games, they were still happy with the games that they had won and the tough teams they had lost to in previous years.
Powered by