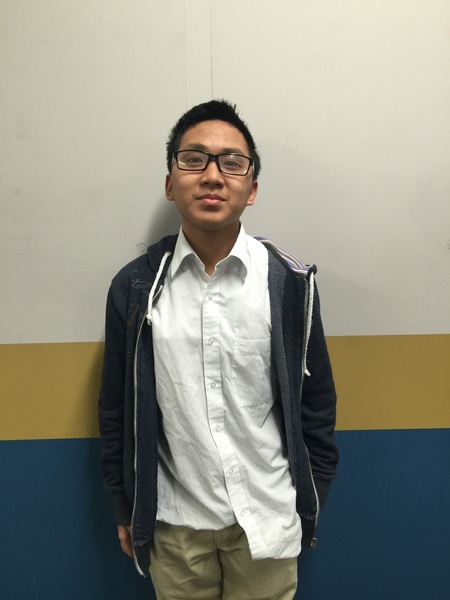 Bach is originally from Hai Phong, which is a city in Vietnam.
By Andrea Hanson
Posted March 2, 2016

Ha Truong Bach is an exchange student here at AHS for the 2015-16 school year. Bach is from a city in Vietnam called Hai Phong. He enrolled into the exchange program to increase his education, because one of his teachers recommended it for him. In Vietnam, the chemistry classes are much easier than they are here, he says. His favorite thing about Aitkin is snow. If there could be snow without the cold, he would love Minnesota even more.

Bach says school in America is different than Vietnam. There, the teachers go from classroom to classroom to the students, instead of the students walking from class to class. Also at his school in Vietnam, they do not provide lunch for the students. School starts at 7 a.m. and goes until 11 a.m., then they break and everyone goes home until 2 p.m. Bach has accustomed himself to the new all-day schedule, but is looking forward to going back home.

​A lot of people have seen him complete a rubix cube in under a minute. He says he learned how to do it from a friend years ago. In Vietnam his favorite food is pork, and he wants to go into computer programming once he's done with high school.
Powered by