Athlete of the Week:
Shellby Fisher 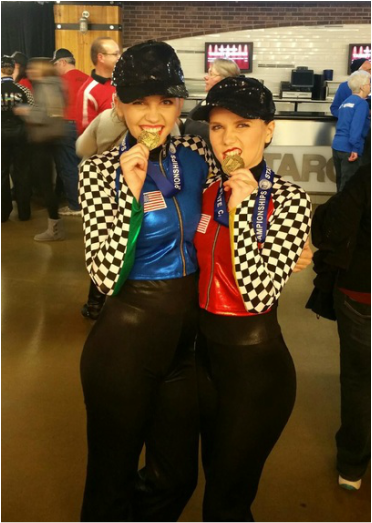 Aitkin High School Senior Shellby Fisher is intelligent, dedicated, and compassionate. A prime example of Shellby’s dedication is her long dance career. Fisher dedicates her time to this sport, sometimes even spending some days at practice until eight or nine.

Fisher has been a proud member of the Aitkin All Starz dance team since her seventh grade year. Shellby was named one of three captains for the 2016 dance team, which took first in High Kick and second in Jazz at the state tournament. Although she has been through all the success with the dance team, Shellby still tells her team, “do your best, that is winning to me.”

From Shellby’s perspective, this dance season has been one of the hardest yet one of the most fun. Fisher says “dance feels like it takes the entire year.” Outside of the dance season, Shellby attends dance camps and classes along with captain practices.

This season is the first season Fisher has had her younger sister, McKenzie, on the same team. The captain says this season is the closest the dance team has ever been, especially with her sister on the team. Her sister is a big contribution to why this season is the best for Fisher. Shellby feels that the All Starz are not only a team, but a family.

Compared to last season, Shellby says that this season the dancers respect her more. She does not like being labeled as a captain. She does not want to feel superior to the other girls. Fisher does not want the girls to be scared to to talk to her, she just wants to help them out. The captain wants the girls to “remember to have fun and work hard every day.”

​Fisher's compassion and dedication will be greatly missed at AHS as she pursues new adventures studying Psychology and Youth Studies at The University of Minnesota in the Twin Cities. Regardless of whether she continues her dancing career or adopts cheerleading, Shellby will always bring her inspiring talent with her.
Powered by