Festival of Nations:
An experience you won't forget 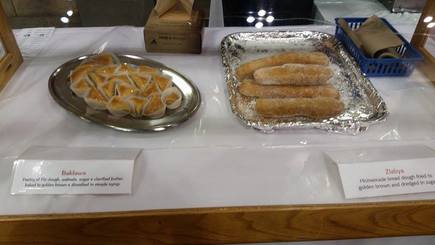 On April 30 students in Spanish Club got a chance to experience a special event. They left the school at 8:30 a.m. and traveled to Minneapolis to the Festival of Nations, where they got to experience many different foods and cultures from around the world.

The different kinds of foods that were there were distributed by the various countries’ representative, consisting of, but not limited to: Turkish, Chinese, Filipino, Indian, Taiwanese, Pakistani, French, Haitian, Greek, Japanese, Finnish and Korean, along with several others. The longest line out of all the food vendors was at the Italian stand. There were stands with only candy from different states and countries that students had the chance to purchase and try.


Dancing was held in an auditorium featuring several different cultures’ traditional dances. There were different stands that were available to purchase things that were made from different cultures. The most popular items that were bought were the flower crystals and the bamboo plants. There were also a couple stands where visitors could participate in different activities. There was a craft stand, a stand where you could get your hair beaded and braided, and even a stand where people got the chance to try on different clothing from the Chinese culture.

Destiny Rude and Sabrina Drahosh both attended the Festival of Nations. Destiny said, “My favorite thing about going to the Festival of Nations was all the different types of food there. My favorite food that I got to try was this stuffed crescent filled with spinach and cheese. I spent $40 on food. It was definitely worth it, and I would do it again. One thing I really enjoyed was being able to see all the art.”

Sabrina, who also attended the trip, said, “My favorite thing I got to see was all the different types of people and seeing all the different types of crafts from all over. My favorite food was semi chicken, and the nastiest thing that I tried there was a pink Filipino drink that had weird gummy balls at the bottom of the cup. One thing I wish I would have learned more about were the dances.”
Powered by