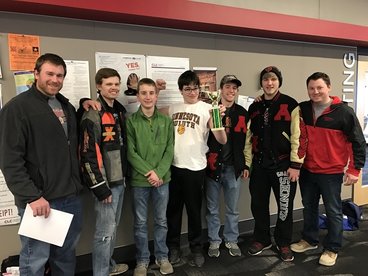 On April 6-7, the Aitkin High Knowledge Bowl team participated in the state tournament. They competed in the AA class and took 20th place. Of the five team members, four of them were seniors and they created memories that will last forever. The coaches will remember this team and these seniors forever and it will be what drives the up and coming teams for Knowledge Bowl. 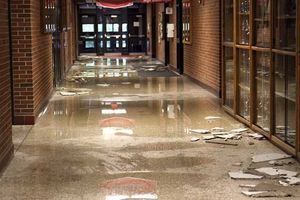 ​​Aitkin’s voters have spoken. With a 75 percent “No” vote on the proposed $68.5 million school referendum, Aitkin will not be getting a new school or start any major remodeling projects. The costs would have covered things like land to place a new school, construction of the new school, demolition or sale of the current school, moving athletic facilities closer to the new school, and additions to Rippleside Elementary. 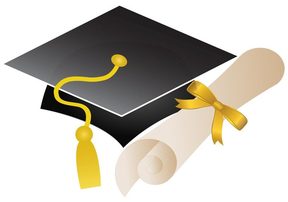 ​​Thirteen long years have been recorded on transcripts and the seniors are ready for graduation. Graduation will be on June 2 at 8 p.m. where valedictorian Ellie Michaletz and salutatorian Taylor Ehnstrom will give their farewell speeches to the senior class. The concert band will play the processional, the recessional, and also Bohemian Rhapsody by Queen. The concert choir will sing For Good from the musical Wicked. It will be an eventful night for the seniors as they will be getting ready for the next chapter of their lives. We wish the seniors luck in the future. 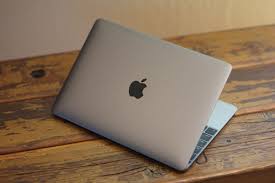 ​Aitkin High School purchased MacBooks for the whole school. Every student gets a computer and they have that same computer throughout high school until the lease is up and they get new ones. The computers get turned back in at the end of the year and over the summer they get updated and ready for the next school year. Seniors computers get wiped clean and they go as a new computer to next year's seventh graders. 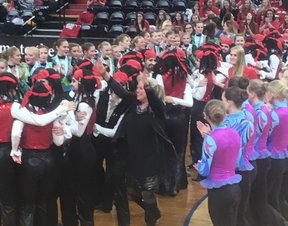 ​The Aitkin All-Starz swept state this year. Mya Conway and Megan Host were announced All State Dance Tournament Team. After that they announced the teams from third place to first place. The lowest score was considered the winner. The third place team, Yellow Medicine East, received the third place trophy with a score of 16. The second place team, BOLD, came in second with a score of 13.5. Aitkin came in first with a score of five. That means that every judge gave the All Starz a first-place ranking as the All Starz won their fourth-consecutive state championship.
​
Going into finals sophomore Jayden Cline had these thoughts running through her head: “I kept reminding myself it’s not as scary as I think it is and to remember just to dance. Dance for the people and remember why and who we are dancing for.” Even with a second chance for Frazee to dance, Aitkin pulled ahead with the win. “All my fear was gone,” said senior Abby Bobenmoyer once it was announced that Frazee took second. “I couldn’t have been more proud of the team. Mya Conway and I were so overwhelmed we could barely stand.” 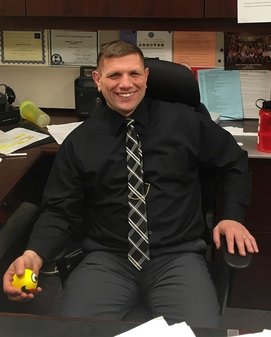 ​After twelve years of superintendent work, Bernie Novak will be retiring from the Aitkin School District. The 57 year-old man has been in the education business for 35 years and has really enjoyed the interaction with students and staff. He will officially retire on June 30. His plans for retirement are to hopefully do construction work with a nephew of his and some substitute teaching. He also wants to hunt and fish more, as well as biking and traveling. The main thing that Novak likes to do is spend time with his seven grandchildren and he will be doing a lot of that. Good luck Mr. Novak with your future endeavors. 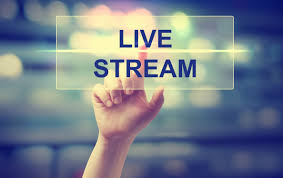 This story came out after a shift in policy emerged as a result of past incidences. This led some students and other community members to speculate whether this management of the set rules was justified and a long time coming, or too strict and limiting to both the students and staff. This story seemed to generate some mild controversy over reporting a live-streaming incident in the school that some would point to as the straw that broke the camel’s back for policy leniency with cell phone and other personal device use during school. Turkey Times always puts forth its best effort in remaining objective and reporting facts as facts for all of its news stories. 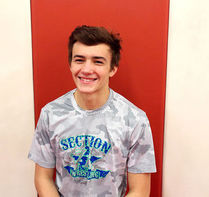 This year two wrestlers made it state and they were both seniors, Kenny Hesse and Silas Berg. Berg wrestled well and took fourth place and Hesse didn’t place but they both made memories. The two seniors will never forget that moment and feeling of being at state. 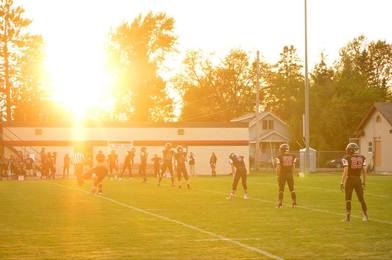 ​​The 2016 Aitkin Gobblers Football team celebrated one of the most successful seasons we’ve had in years. Their team motto “All in, no regrets” couldn’t feel more fitting. The Gobblers finished their season at 7-2. Everyone involved in the program worked hard all across the board, from fundraising, to working hard in the weight room, to simply outperforming other teams and being great role models to future players and the community. 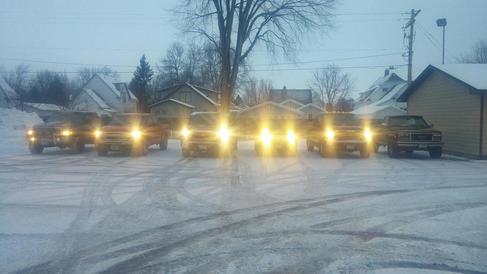 ​This opinion piece was directed toward underclassmen and argued that they should not be allowed to park in the tar lot until they are seniors. The opinion piece was full of subtle humor, but some people were upset about the whole idea and it caused a lot of controversy, especially on Facebook. The story was not meant to be serious at all, but some people took it the wrong way.