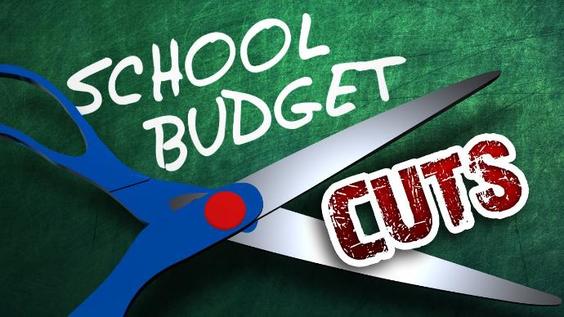 Total salaries for the positions amounts to $183,718

Some are worried that budget cuts can have a negative impact on the whole school. In the words of retired AHS teacher Scott Sherman, “There are no cuts at the district level, and two new district positions.” He went on to say the cuts suggested will have a direct negative effect on students’ lives on a daily basis. "What are the things you are basing this on?” he said. “Is this a way of getting rid of people that have caused problems in the past?

“I don’t think this is the way it should be done.”

There has been backlash for many weeks after the cuts were announced and most likely will be for months to come. Overall the night of the meeting was a dreary day, cold, almost snowing out. It was an even gloomier sight inside the high school media center that night as the room was quiet. Almost too quiet, as faculty and community members listened with intent ears for the news as to who was cut from the school’s budget.
Continue to No. 2 — Prom
Powered by