Life is what you make it 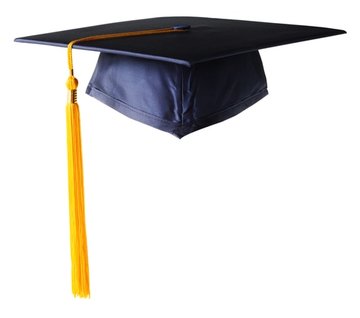 A graduation cap
By Tom Petersen
Published May 19, 2017
​
From the first day of walking into this school in seventh grade until now, what an experience. A lot of people think of school as a jail and well, it really isn't, it is your first stepping stone in life. I've always thought of school as very boring at times, like in Richter's class talking about old wars and what other countries did way back that had nothing to do with me and from the times of listening to James talk about stuff that I will never use in life.

This last summer when I was at work I realized that some stuff in school that we were taught that I never thought I would ever use came up and I looked back and wished I would have been paying attention instead of playing games on my phone. It was this year about midwinter that I realized what this school is doing for me and helping me make a big step toward what I'm going to do for the rest of my life. I have always been a shy kid and never really liked to be the one that everyone was looking at. I used to be really quiet and wouldn't talk to anyone until this winter when I realized I'm never going to see these people again in my life unless I choose to. Many underclassmen will realize this when you’re in the last few weeks as a senior. You will realize that life is about to kick you in the rear and you need to step up and you're not going to get help anymore. You will be off on your own in an apartment with someone you don't know living in a different world doing completely different things in a whole different setting.

This spring I was starting out my last quarter as a senior and wasn't caring one bit. I came home one night to my parents sitting in front of the door, arms crossed, in a not very good mood, wanting to talk to me. They sat me down and they talked to me about my grades and how I had three Fs. I went upstairs in shock and didn't get much sleep that night. The next morning going to school I realized that you need to try a little in life rather then sit back and ignore your problems. Pushing your problems to the side just makes your problems get bigger and bigger.

From seventh grade I have been on varsity in golf and have never missed a match and the morning after I got yelled at by my parents about my grades I had a match. When I was getting on the bus for golf I was notified I had two weeks to get my grades up. A week went by and all I did in school was play games and waste time and all I did was push my problems aside and just kept doing whatever but fix my problems. It was the Monday of the day I had to be passing and I only handed in some of my stuff hoping I would be passing so I could go to the match that day. I was called down to the office and I sat down in front of Mr. Cline and was told I'm not eligible to go to the match that day. My heart dropped and I just sat there zoned out and reality hit me hard that you actually have to put some effort in life. I had a match that week everyday but Wednesday. The next morning I talked to my teachers about getting in my late work so I could go and they tried, but all they told me was that they had other things to do and they're not going to drop their stuff just for me.

I went home that night realizing that my parent were very disappointed in me and so was the whole golf team. I was No. 1-man on varsity for three years straight. I never thought it would come to such a harsh ending. On Friday morning I got all of my work done and handed it in thinking that on Monday I'll be able to join my team again. On Friday there was a home match at Deerwood. I drove over there after school wanting to see how my team played and to talk to my coach. As I got out of my car I saw all my teammates with smiles and yelling with happiness. I then walked up to my coach and he pulled me aside after everyone left and told me that I was off the team because of my absence from golf. I stood there looking off into the distance knowing that there is nothing I can do now. It's all too late and it's all my fault and I screwed up. My coach talked to me after that for a while and then I just went home and tried to sleep it off. I realized on my way home how big of a learning curve high school put on me with my grades and being lazy. I almost lost it on my way home from the course. I woke up that next morning driving to work watching the sun rise above the trees thinking about my decisions and how I have disappointed my team, friends, and family and realized that you can't ignore your problems or push them to the side and you have to step up and realize that life is what you make it, not what it makes you.
Powered by