Baseball team gearing up for sections 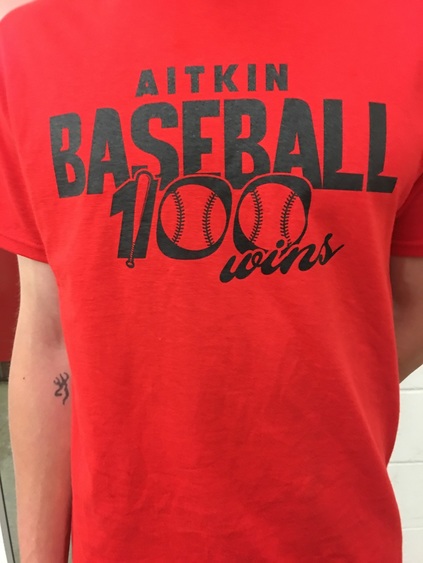 The 2015/16 school year is coming to an end. With roughly 13 days left of school, everything is starting to get wrapped up and getting close to ending. Not only is school getting close to ending, but also spring sports are going to be coming to an end in the next few weeks. One of these sports is baseball. To some people, baseball just may be another sport that they play to waste to time. For this year’s baseball team, it is more than just a sport, it is a way of life. To people like Jake Westerlund and Logan Cluff, baseball is a time to not only play baseball and beat other teams, but have fun and make memories doing it.

When asked how he views this years season so far, third baseman Jeb Sanford said, “It has been a good season.” Manager Austin Burton added, “Our season is going great and it is only going to get better. We are a strong team not only skill wise, but because we are very close as a team. We have a team bond which helps us play better and makes us harder to beat.”

When asked who is the most important to the team, catcher Jake Westerlund said, “Every person on our team is a key player. We need everyone for support and to make the play. Everyone on the team has their job and and they help in some way.” Burton also added, “We are one team. We do not have individuals on the team, we play as one.”

That right there is what makes a good team. Being good isn’t just about having lots of talent and skill, but it is almost like a mindset. Once people start thinking in the mindset that they are a whole unit and everyone is equally important, they will be successful.

As of now, the Aitkin baseball team is 11-2. Last weekend they competed at the Hinckley tournament. They lost one of the games 8-2 to Esko. They ended up taking first at the tournament. Now as the playoffs start to close in, making a deep section run is in the back of everyone’s minds and has been set as one of the team’s goals.
Powered by