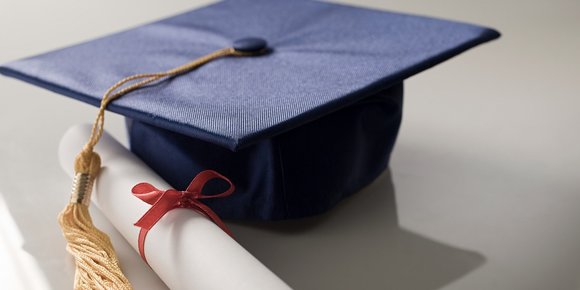 Graduation rolls around the corner ready to crank out new members of the adult society. Students are excited to move on to their next phase of life and live the golden college experience, whether it’s taking the steps to start that dream career, anticipation of being ready for a real challenge, getting out of Aitkin, or just partying. Quite possibly, all of these are reasons for people to pay up and move forward.

Interestingly, but not surprisingly, as graduation draws nearer a correlating question follows suit, and the quantity of this question being asked is increasing as the days until graduation are decreasing. What is this question you ask? You’ve probably heard it before. What are your fall plans? Only five words, it’s a simple question. I give a simple response. I find myself repeatedly saying that I’ll be attending the Central Lakes College in Brainerd, where I will be getting my Generals, to which people will put on their best smile and say something like, “Oh, how nice, it’s good to have a plan, and be so close to home.”

I am not arguing that having a plan is bad, as a matter of fact, I think having a plan can be excellent. But the five words in that question seem to mean more as the clock ticks, the face seems to be staring coldly into you, asking, meticulously waiting, with an increasing impatience. Most people asking this know me personally, either from school or family, so I hold an authentic amount of respect for them. They’re most likely just curious as to what my fall plans are and would like a better picture of where my life is headed — out of care and not judgement I trust. The truth is, I have no idea where I’m headed. So I settled. Brainerd is affordable, and I was urged by many to get a degree as a life without one becomes less and less functional. So college it is.

“Go anywhere, just get a degree,” I would hear often, “Find a safe job, buy a home in a nice neighborhood, start your family with a hard working wife and settle.”

Settling down seemed to be a common theme of advice from the elderly population. The traditional, secure lifestyle that has worked for ages. But as the loans and debt increase and other options dwindle, is the beaten path eroding away?

The American Dream will never die, say many. The American Dream is what makes this country what it is. Settling on the belief of never settling by doing what everyone else is doing. The great tradition of hard work for those privileged few who earned their money by working the hardest. No, the American Dream will never die, even if your dream is deeper, unalike, individual, with a clear longing that strays away from suburban neighborhoods and the white picket fences. Is individuality not what our country stands for?

I guess the real question I’m asking is how can a high schooler who has been trained to think a certain way for their entire lives know what they really want to do? I am not necessarily upset with the status quo. I commend those who have figured it all out, but I do believe everyone should have the opportunity to choose their own path at their own pace. People should never be led by this groupthink of our nation, feeling pressured by outside forces to follow in line of what everyone else is doing. What if you want to experience the world? Help starving children and put up shelters? Or just take a year off from school and figure things out. Would you give up an opportunity to find something truly meaningful for a university?

Not to say things aren’t changing. It seems technology gives us more and more opportunities to pursue things people couldn’t have twenty years ago. It’s just a matter of properly using said technology. People are becoming more aware and connected, while also being isolated, confined to their screens. With technology bringing instant communication and information it’s a bittersweet step towards being constantly available for better or worse, while being criminally misinformed by instant speculation of a breaking story. So lines are drawn as a future with limitless possibilities puts us in a bubble of our own choosing.

As the adult world comes crashing down on some of us, and flowing gracefully unto others, we’ve got a big choice to make. I don’t think people should sign the paper that may kill their dreams just yet.
​
As John Lennon said, “Life is what happens to you while you’re busy making other plans.” So as I say farewell to my Senior class, most of which I will probably never see in person again, Go Live Life.
Powered by