​A Night Under the Big Top 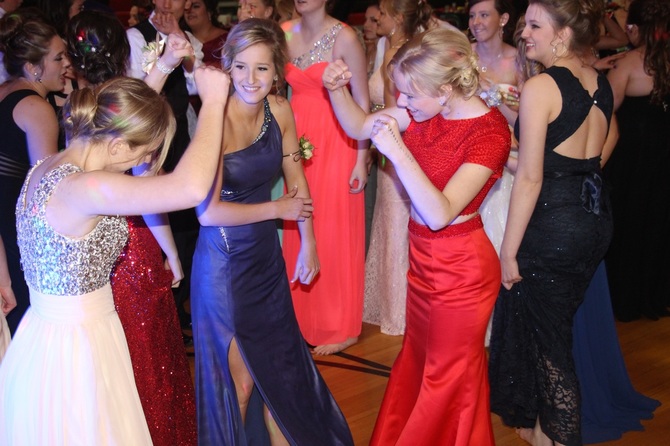 This year, Grand March was held in the auditorium so that the dance itself could be held in the new gym and so that Grand March would be more formal than recent years. Another reason for prom to be held at the school was that the committee didn’t have the funds to host it anywhere else, according to Ms.Grater. A bonus to that is that everyone seems to enjoy it more at the school anyway. The decorations consisted of a red and white canopy over the dance floor, the tables had buckets of popcorn in the middle, and there was also a plastic carnival animal figurine at each table by the popcorn bucket. For supper, there was champagne chicken served with snowy mashed potatoes and riviera blend vegetables. Caesar salad was the appetizer and dessert was cheesecake.

​On the side there were a few games to be played while waiting for supper to be done and there were some booths outside of the gym for decoration. For example, there was a kissing booth, ticket booth, and a face cut-out board along with many different vintage decorations. Duane's Photography was there to take professional pictures for couples. All in all, the night was a good night full of dancing, food, and pictures.
Powered by