Courthouse set to be remodeled 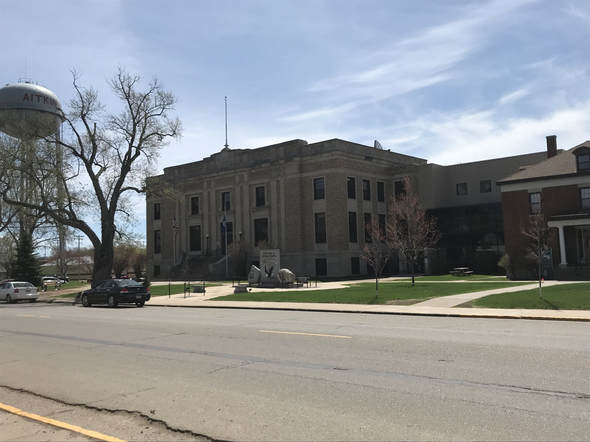 Aitkin County courthouse as of now, before the remodel. (Photo by DJ Haasken)
By Madilyn Amundson
Published on May 10, 2018

Aitkin has many historical landmarks such as the Butler Building, the Train Depot, and the courthouse. The Aitkin County Courthouse is used for many different things and employs many of the citizens of Aitkin County. For the past 10 years, they have been talking about remodeling the court house. “The decision to remodel the current courthouse and build a new government center was one that was not taken lightly,” said Jessica Seibert, Aitkin County Administrator.

“Every nook and cranny has been utilized until there simply is no more room,” Seibert said. “We want to create a comfortable work environment for our employees and spaces that serve the needs of our citizens.”

Citizens will have the option to buy a brick from the current courthouse to keep as an artifact or keepsake. Aitkin County wishes to compete for talented workers in the future, so they need a workplace that will accomodate those workers and meet the needs of present day employees as well.

As with any other project, there will always be some people who will disagree, especially here in small town Aitkin. But the  people Seibert has spoken to seem to be on board with the decision to rebuild the Courthouse after hearing the reasoning behind it.

“The citizens I have spoken to understand the need and after I explain the reasons for remodeling, they appreciate the thought and effort that has gone into designing a building that will serve the needs of the community for decades to come,” Seibert said.
Powered by