Nordean named Athlete of the Week 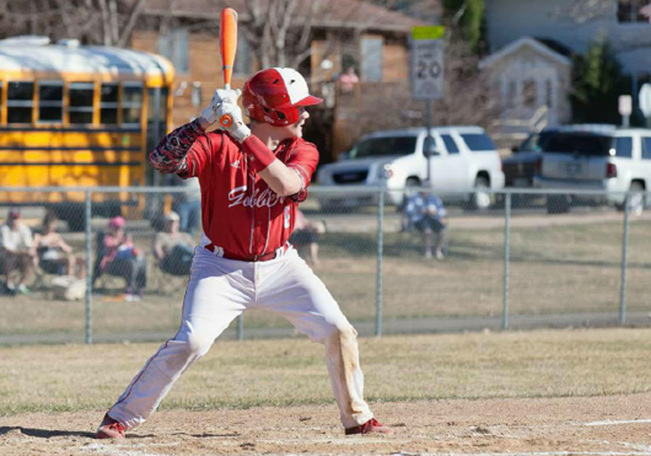 Drew Nordean at bat earlier this season.
By Jordan MacDonald
Posted May 1st, 2015

Drew Nordean, also known as Drewser, is this week's Athlete of the Week. He is a Junior here at Aitkin High School. Baseball is Drew’s favorite sport to play. He is an outstanding baseball player and loves the game. Drew is a catcher, pitcher, and practicing second baseman. His favorite part about practice is anything that involves hitting.  “My favorite part of baseball is when Jake Lynn is pitching because I know we have a chance at winning,” says Drew. Drew doesn't really have a least favorite, but if he had to choose it would have to be running. He also weight lifts a lot because it helps him stay fit and improve his skills. ¨I am different from the other players because I always try to have a positive attitude; I like to cheer the team up,¨ says Drew.

Drew said after last year's success, the team has very high expectations but he hopes to fulfill them. “To prepare for a game, I usually chew a lot of seeds,” says Drew. Drew’s batting average is .438, “Its not that great right now but I am improving,” he said. So far this year the baseball team has a record of 10-0. Something that inspires Drew is the satisfaction of success. ¨It makes me want to work harder to continue winning,¨ he said.

Drew is a very well-known student here at AHS. He is known to be very outgoing and energetic. In his spare time, Drew likes to drive around, play baseball, play blacktop basketball, and drink pop. ¨Beth Stiernagle gave me the nickname Drewser. She told me when I was in football the opponents were cruising for a bruising and I was usually the one that gave it to them,” Drew said.