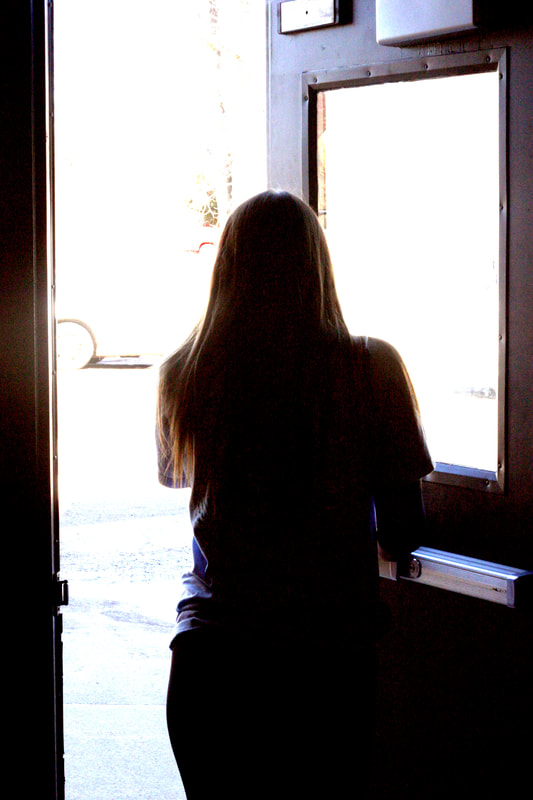 Aitkin High School went by the student handbook in response to student walkouts. (Photo by Kayla Thompson)
By Kayla Thompson
Published on April 6, 2018

On March 14 at 10 a.m., a school walkout took place across the nation. The walkout was intended to last 17 minutes; one minute for each victim of the Parkland shooting that occured one month prior.

A few days before, officers of the student council and peer leaders at Aitkin High School met with Principal Paul Karelis, Superintendent Brad Kelvington, and other members of the staff. As a result, an email was sent to parents of students at AHS explaining the situation and the consequences for students if they were to have participated in the walkout.

“We decided to follow school policy,” said Karelis. “Students were told if parents would excuse them, they would receive an absence, but it would not be unexcused.”

After a few students walked out, those who were not excused by parents received detention for the unexcused absence. School policy on page 22 of the student hand book clearly says an unexcused absence can be “Walking out of class, left class early without permission, or arriving more than 15 minutes late to class” or “Leaving the building for any reason without permission or signing out in the office,” which would both apply in this instance.

Consequences for an unexcused absence, which are also listed on page 22, includes “2 hours of before or after school detention and/or loss of privileges for each unexcused absence per class. Consequences will escalate for repeat offenders to possibly include ISS, community/school service or OSS.”

In interviews with Karelis and Kelvington, they thought that the school policy could potentially violate students’ first amendment rights of free speech. “It could be adjusted,” Karelis said. “We will recomb that through to see if there is anything we need to change. We do find it important that students’ voices are heard.”

But Kelvington, on the other hand had a different answer. “I think the policy is appropriate because it covers a wider range than just the student protest.” said Kelvington. “It also is allowing kids to practice civil disobedience.”

I found out that many schools in the surrounding areas were also not allowed to participate in the walkout without consequence, such as our neighboring school Crosby-Ironton. A student from Kettle Moraine High School in Oconomowoc, Wisconsin, was asked what happened at their school. “We have three school cops and they said if we tried (to walkout) they would fine us,” said student Emily Linn.

Other places had a completely different approach to the situation such as Pierz-Healy High School, which held an assembly in honor of the victims.

The people behind these movements are not done yet. They say 17 minutes is not enough. They have organized rallies across the nation, including a “March For Our Lives” that took place on March 24 on capitol hill in Washington D.C. There is also another walkout scheduled for April 20 for the 19th anniversary of the school shooting at Columbine. The walkout is scheduled to start at 10 a.m. (local time) and goes until the end of students’ school day. Here at Aitkin High School, an assembly will be held during eighth hour on April 19 to encourage students to help the issue in a more constructive way than walking out of school.
Powered by