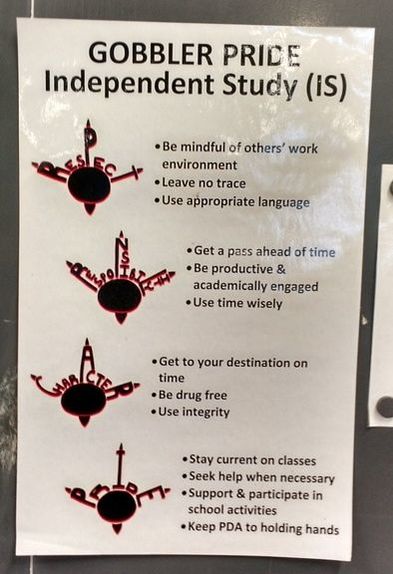 ​Responsibility, respect, character, and pride. They all sound like great things and our school certainly thought so at one time. But as far as those qualities go with the school, there seems to be some irony behind those words. P.B.I.S. was essentially scrapped. P.B.I.S., or the Positive Behavior Intervention and Supports, was a program created to help incentivize students to practice and promote good behavior. The program was started by Minnesota’s State Department of Education and involved using behavioral psychology to help the kids who get into more trouble than others and reward the kids who didn’t. Aitkin was one of 15-20 school districts to start the program and each school picked their own value system.

The biggest proponent to change a student’s behavior was the Gobbler tickets. These little red tickets were given to students when they exhibited good behavior such as picking garbage up off of the floor and throwing it away or helping a fellow student. The tickets could then be traded in for some sort of reward, a few tickets getting a bag of chips or pop and a few more tickets giving a chance to win a larger prize. The more important goal of the tickets wasn’t so much a reward as it was a way for teachers to interact with their students and promote a positive relationship in the school. This became a problem because some teachers never gave them out as rewards while others gave out far too many and ran out, so the positive interaction was lost. The tickets were more of a way to open the door to P.B.I.S. for Aitkin and make the first step towards student and staff betterment. Unfortunately, we didn’t seem to make it past this phase as a lot of people couldn’t get past the idea of rewarding a student for what one might think they should do in the first place. Mr. Miller, a supporter of P.B.I.S, said, “You are trying to create a culture where students are truly responsible for their own behavior.”

The biggest difference is philosophical. The school is mainly disciplinary on the students who repeatedly get in trouble. Instead of learning from their mistakes these students continue to get in trouble. The school, including the teachers, suffer for it. The aim of P.B.I.S. was to teach these students positivity and improve their behavior instead of continuing to punish them when it’s clear that doesn’t seem to work as they keep coming back. Quite a few people argued that students should not need incentive to do what’s right and behave like an adult. These people most likely haven’t been to a high school for a while or don’t understand how hard it is to incentivize certain teenagers who may simply not have learned the same values other students have, and never learned how to properly act in school. Some students and teachers alike have made the argument dropping it so fast was a mistake and if the school had stuck to the program, the results may have been different. If we really want to make a change in how often we deal with disciplining students, then the status quo needs an overhaul.

Critics of P.B.I.S. have said it doesn’t work as the immediate results in our school were not satisfactory and it is not necessary to spend the resources in rewards that don’t seem to make a difference.

​There is hope for the future, however, as Rippleside’s Catch the Wave Program has taken many proponents of P.B.I.S. and put them into the elementary school, where younger students may be more eager for incentive based behavior changing at a time when their minds are more subject to change. Other schools like Duluth Denfeld and Mora continue to successfully use P.B.I.S. in their schools.

When asked if he thought it would ever come back Mr Miller stated, “The only way it could ever work is if you had representation from every element (of the school). The probability of it coming back is pretty low.” Miller also said the program didn’t cost much money to run and it seems possible the problem was more of a miscommunication, or misunderstanding of how exactly P.B.I.S. worked.

“I think there’s lot of misunderstanding of the intent of it,” Miller said. “The biggest problem with no P.B.I.S. is no defined expectation of behavior.” 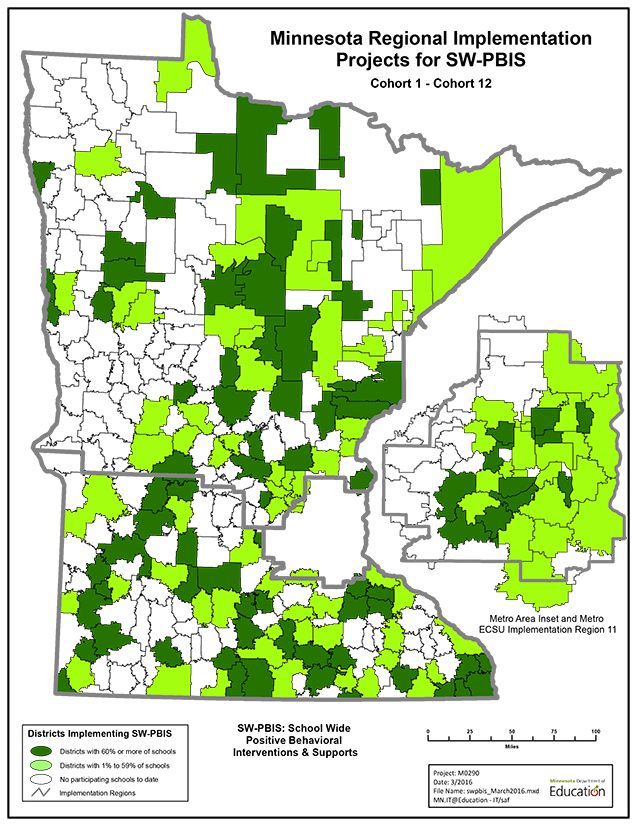 Schools that still have P.B.I.S. in Minnesota
Powered by