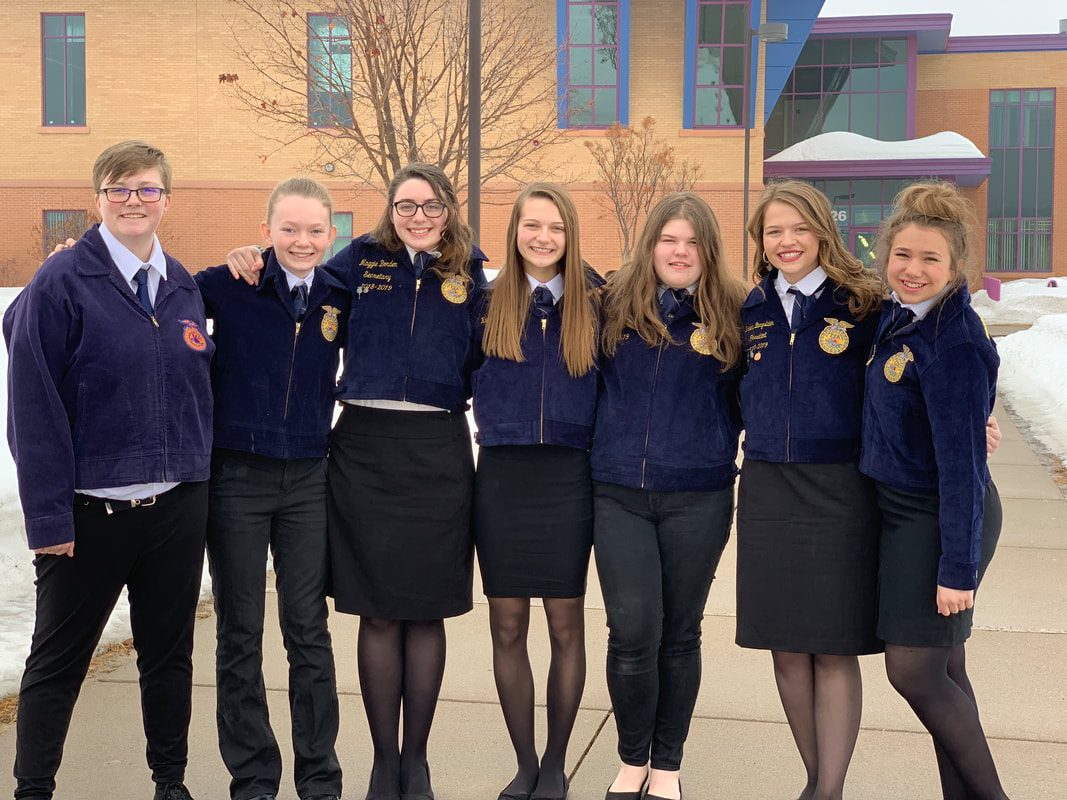 Two FFA teams will represent Aitkin at the state competition.

Two Aitkin FFA teams are getting ready to head to the Minnesota FFA State Convention. The teams will be at the state convention April 28-31. In the category Fish and Wildlife the team placed fourth and in the Small Animals team placed fifth at the regional competition. Kayla Antoine also placed ninth in individuals for the Fish and Wildlife CDE (Career Development Event).

​The students going with to the convention include Breena Burgstaler, Karena Burgstaler, Gabbie Murray, and Kayla Antoine (Fish and Wildlife). In Smalls Animals, Sami Jacobs, Maggie Borden and Raija Gustin will be advancing to state.

The Small animals contest consist of a competition designed to identify and care for small animals. Fish and Wildlife studies different types of mammals, fish, and insects.

“The girls studied hard to attend the Career Development Event," FFA advisor Mr. Erik Heimark said. “The teams are very deserving of the opportunity to head to state.”

As the teams prepare for state, Heimark requires the teams to participate in at least three practice study sessions. “The fish and wildlife team went above and beyond doing at least 10 practices to be prepared for state,” Heimark said.

“I am excited to go, and I love the group of girls that are going with to state FFA conference," Sami Jacobs, a newbie in the small animal group, said. "We have had the chance to bond even in some really stressful situations.”
Powered by