Meet the School Board 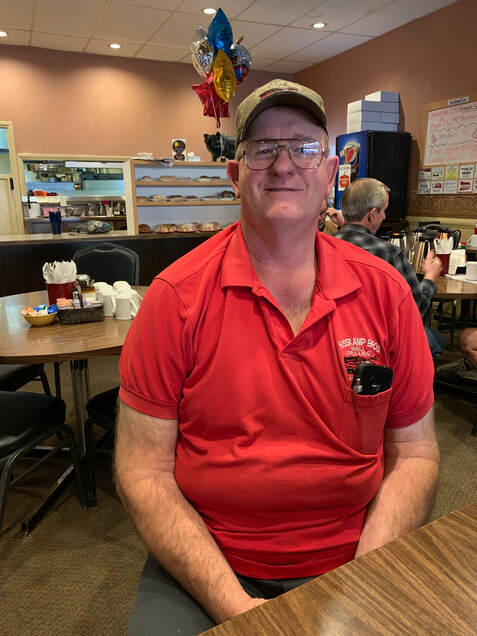 Dennis Hasskamp is an active member of the school board. Dennis went to Aitkin High School and graduated from AHS in 1975. Denny did not go to college after high school. He has been married to his wife Theresa for almost 39 years. They have two children, Jennifer (38) and Chad Hasskamp (36). Both of their children graduated from AHS. Denny currently has two grandchildren that go to Rippleside Elementary, Madellyn (sixth grade) and Audriana (fourth grade).

Denny works as a water well driller with his son Chad. This line of work has been in his family for 118 years. Hasskamp said, “I am fourth generation and Chad is fifth generation.” He enjoys what he does for a living. He said, “I like to work with most of the public.”

Denny was asked to run for the school board by former Aitkin school sueprintendent Dr. Ed Anderson because he was active with the quarterbacks club. Denny said he is most proud about working for the school district with “the help of the superintendent, business managers, and funding.” One of the hard things about being on the school board is that “people think you have privileges,” he said. “You earn your spot on the team and you earn your spot in a class. I can’t do anything about it.”

Denny is excited to see the continued success of students. “You can’t judge a student on what college they attend, but what they bring to society after school,” he said.

Denny is active as vice president and serves on the safety, personnel, and community ed committees. “My goal, as well as the board, is to keep the school financially stable, and offer many classes while still remaining physically stable,” he said. “The financial part is the biggest thing for the school board. If we aren’t stable, programs have to be cut.”

“My favorite thing is watching wrestling go to state,” Hasskamp said. Denny has run the scoreboard at home wrestling matches since 1976. Denny participated in wrestling, track and football while in high school.
Powered by