Travel Around the World for Prom 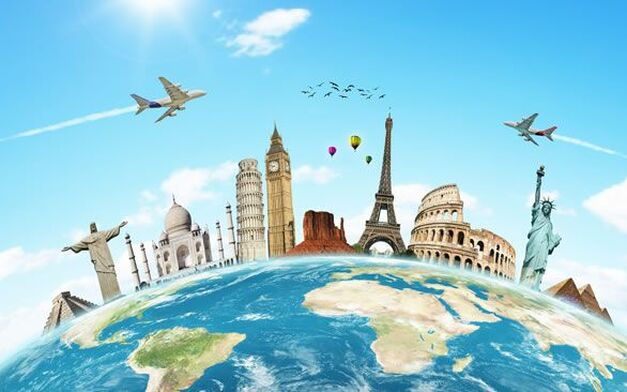 This year's prom theme is “Around the World.” It will be held at the Luminary Fern in Brainerd. Grand March will be in the Auditorium at 6 p.m. April 27. The Around The World theme is about traveling to different parts of the world and experiencing the culture. To follow the theme they created famous landmarks to decorate the prom room. The Juniors from last year's prom committee came up with the idea for their Senior Prom. At first, they were on the fence about it, but Mrs. Briana Tetrick (Advisor of the Prom Committee) went to an Around the World themed wedding and it gave her inspiration for Prom.

The Prom last year was also in Brainerd, but the people on the committee said, Tthis year we will have more games and activities and will be a lot of fun!” Some of the games include Cornhole, bucketball, Giant Jenga, etc... With the weather, the games may not be outside and the committee is waiting to find out how it will turn out. The food will also go with the theme with different food from different cultures. New Block North owner Peter Lowe will be cooking the food for Prom night. For starters, there will be an international food buffet, late night pizza snack, and for dessert there will be a chocolate fountain. There will also be endless lemonade and each person attending will receive two tickets for kiddie cocktails.

Grand March will cost $2 for general admission, 5 and under are free. It will start at 6 p.m. and afterwards the students will be released into the Old Gym for additional pictures. There will be three buses transporting students to and from prom. The leave times for prom are 10, 10:45, and 11:30 p.m. There will also be prizes handed out for each bus. For the first two buses, you can be eligible to receive two Instax cameras and the big prize is a TV. You must stay until the 11:30 p.m. bus to receive that prize. Mrs. Tetrick wants to remind everyone that the mason jars you receive should be taken home with you.

Grand March practice is this Friday during second hour.
Powered by