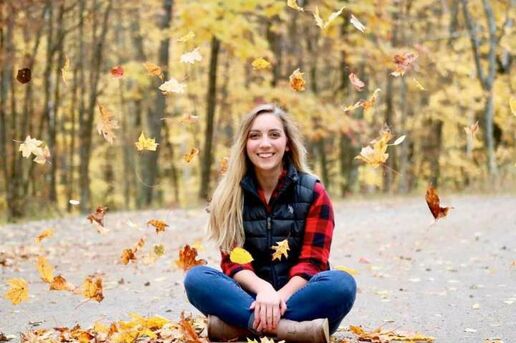 Myah Newton is a high school senior at Aitkin High school. She has two sisters and a brother. Her older sister Madi and brother Mason graduated from Aitkin. Her younger sister Miley is in fourth grade. Her father is Brian Newton and mother is Joni Benson.  Her parents divorced when she was two. It didn’t affect her at first, but as she got older it became harder to deal with it.

Myah has a passion for basketball. She has played basketball since third grade. Although she got her last concussion the beginning of her senior season, she was still involved by writing a recap about the games for the school newspaper. She loves basketball because of the hard work and determination that is put into the sport. The basketball family she’s had since she was in the third grade was the best. “I couldn’t have asked for a more supportive, loving and caring team,” she said. “There was always laughter going on, the smiles and jokes being told, and memories being made.” Even though she wasn’t able to finish out the season, the bond that she has with the girls is still strong.

Summer is Myah’s absolute favorite. She loves to hang out with her friends and family. Both her parents live on a lake, so she loves tubing, wakeboarding, swimming and fishing. She likes having bonfires and making memories. Her favorite memory was when her brother Mason taught her how to wakeboard. She remembers watching him do flips and how good he was at it. Before Mason passed away, Myah found his wakeboard and ask him to teach her. She was able to get up on her first try and has loved doing it since then.

Myah has had a few challenges with her parents being divorced when she was two. She doesn’t really remember it happening, but now she is about to graduate and planning two graduation parties. She said it is hard when your parents aren’t together. Losing people in her life is a major challenge and set back. Losing her brother and her uncle were the hardest things she’s ever had to go through.  Her brother and her were starting to get really close doing more things together. Her uncle was like another dad and he always made sure she had the things she needed and was happy. She will never forget when he would make Mickey Mouse pancakes. Myah now makes pancakes for her sister Mylie and nephew Parker.

With all of the ups and downs and challenges happening in her life, there is something you can always build from, such as never taking advantage of family and spending as much time with them as possible because you never know when the last day will be. Through all of it, she’s lost friends but the real ones have stayed and the bonds have grown stronger and continue to grow stronger. “Do not always think of the negative side of things but the positive,” Myah said. “There’s always a positive in something. Even if you don’t think so, just take a step back and focus on what the positive thing is.”

Jacob Kukowski and Myah have been the best of friends for the longest time. Jacob has been there for Myah when she lost some of her important family members. Jacob said, “Growing up with Myah, she was one of my best friends. In junior high and going into high school we were good friends and made a lot of memories. She was a true friend when my dog Storm died. It took a complete toll on my life. She was there for me when it was hard. She always got me through the harder times as I did for her.”
Powered by