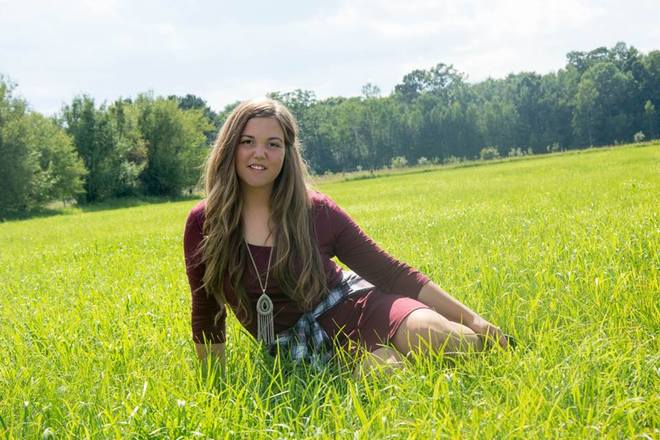 Who really knows the homecoming queen?

Anna Lee Beneke is widely known for her friendly demeanor, quick wit, and disdain of bananas. Still, there is much more to her than meets the eye.

Anna is a senior at Aitkin High School and is involved in activities such as 4H, Peer Leaders, Student Council, and is the president of Aitkin’s newest extracurricular group, the Interact Club. She chose to start this after attending a week-long leadership camp known as RYLA. “RYLA inspired me to start this club to get students involved in helping our community and making a difference,” she said.

One of her biggest passions in life is riding horse, so much so that she has chosen to pursue a degree in Equine Science at the University of Minnesota Crookston. She spends an average of 3-4 days a week out at her farm with her grandpa, Jack Purdy, and her horses, Roany and Major. Even when put in situations that are unfamiliar and unpredictable to her, she’ll never back down and isn’t afraid of a challenge. This is something that you will persistently hear from Jack, who is always there to support her along with the rest of her family.

Her family also has played a huge role in her life. She grew up with two older sisters, Nicole and Kayli, and always referred to her two cousins, Brian and Jordan Wold, as her brothers because they were so tight-knit. Even though all of her family has moved into different stages of their lives, they have all remained close in proximity and also in their relationship for they spend as much time together as they can during holidays, birthdays, or just a weekend out with the family.

“It’s hard to describe her in one word, because there are so many pieces that make up the puzzle of Anna,” said senior Ellie Michaletz when asked to describe her friend. She can be bubbly and energetic at times, but can sit down to be a great listener and a shoulder to lean on when times call for it. She is friendly, inclusive, selfless, determined, and passionate at what she does. It is no wonder why she was our 2016 homecoming queen.
Powered by