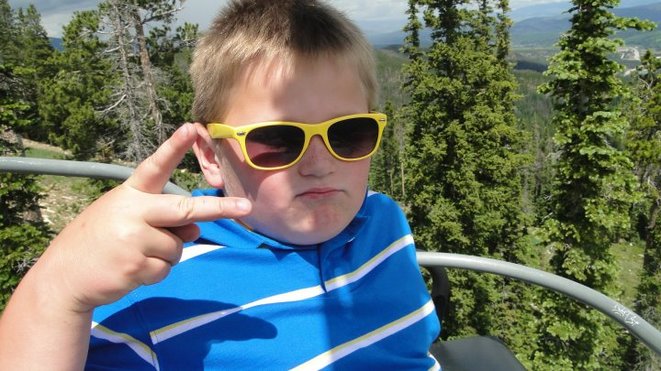 In a world of naysayers and ne’er-do-wells there is a hero of good, a knight of awesome, a defender of all that is radical...Dale Petersen. “I hate the haters,” he declares, casting out anyone who would dare to harsh his vibe. What is Dale’s 'vibe?' you may ask yourself. Well it’s a vibe of pure, breath-taking splendour pouring forth over the earth, washing clean any opposition and converting them to the Church of Cool.

After a long day of converting old fogeys to his hip ideology he likes to settle down and play a game of chess, true to the class we expect from the Petersen family. He also dabbles in the thespian arts, being involved in the One Act play. He is no mere actor though; no, he is so much more. He is borderline reptilian shapeshifter in the way he shifts and changes into any character playing them flawlessly. Even though he is a master of the liberal arts, he is no stranger to the STEM aspects of life. He is a world class engineer, building anything and everything you could imagine, creating whole worlds teeming with life. He does all this with nary a tool, worker, or blueprint. No, he clicks each lego together with his bare hands, building up the world around him.

With a man like Dale you must ask “Am I worthy of his presence?” The answer is yes, it's always yes. He is a friend of all life, unconcerned with petty squabbles and arguments, thinking only of the betterment of all. In the pursuit of that goal he is unwavering. No matter the obstacle he will overcome it, no matter the puzzle he will solve it, no matter what tries to bog him down he will persevere. He will continue to inspire his fellow man, leading those around him to achieve their fullest potential in all they pursue.
Powered by