Plans underway to open back stairs 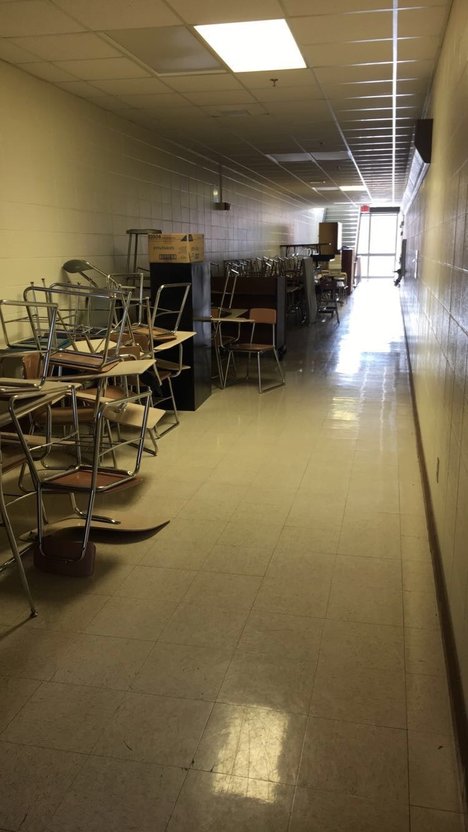 The back stairs hallway of the high school in its current state
By Rachael Coombs
Published March 9, 2017

With the eighth-graders taking over the ninth grade lockers, AHS principal Mr. Paul Karelis wants to move eighth grade to the second floor to the back hallway that is unoccupied. This would be better for the eighth-graders because most of their classes are on second and some on third floor, so it would be more convenient for them. These back hallways are used rarely because of some safety concerns with the railings. They do get used sometimes for fire drills and other drills like that. Karelis said, “We will be doing everything we can to get the codes with the railing up to date so that by spring of 2018 they can be used for the eighth grade.” Then possibly the ninth-graders will move back to their normal locker location.

Science teacher Ms. Kenna Grater’s room is right next to where the eighth-graders will be walking and getting to their lockers. She said, “As much as I know it will be better for them, it is something that I wouldn’t want to happen because I am a teacher for older classes and eighth-graders aren’t always quiet and respectful.”

Social studies teacher Mr. Scott Miller thinks it is a good idea to open up more areas for students. “I am in favor of getting these back hallways opened up and getting some use out of them,” he said. “I think it would make the traffic flow around this school better and is a very good idea. I generally think moving the eighth-graders back to their old lockers and juniors up on second floor or third floor would be a better idea because juniors’ classes are more on third floor and this could be more space for them to get away and have there own area.”
Powered by