Gobblers go to the X 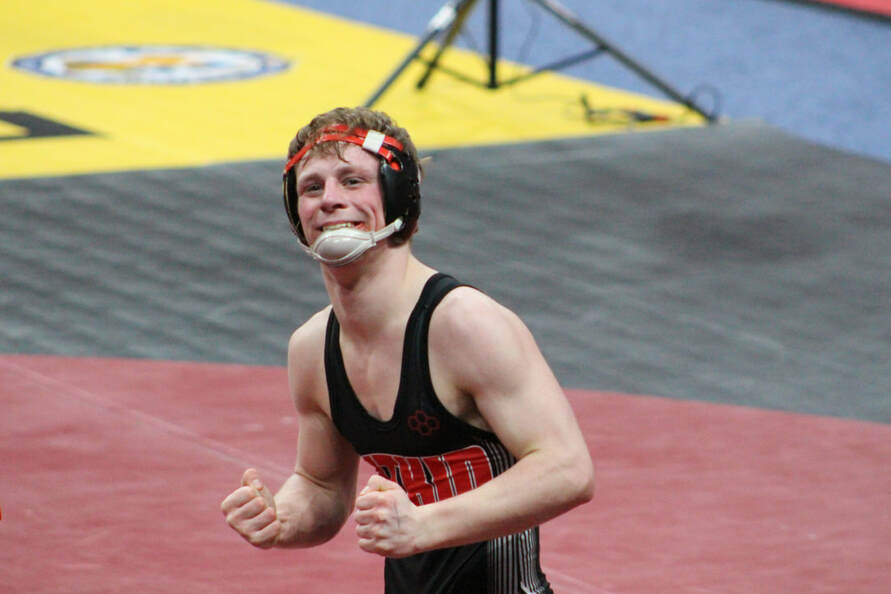 As the wrestling team won the section 7A title they advanced to state. The team first wrestled Kenyon-Wanamingo. Aitkin fought hard but ended up falling short in points. The score of the match was 52-18. Aitkin still had a chance to get fifth place in the consolation bracket. They wrestled Bertha-Hewitt/Verndale/Parkers Prairie next. The Gobblers wrestled several great matches, but the team ended up losing that match too by a final score of 47-27. Although the team didn't make it very far in the state tournament, making it as a team is a great accomplishment and a great experience. The Long Prairie-Grey Eagle/Browerville Wolves won the Class A championship, defeating Kenyon-Wanamingo in the final.

Aitkin also had six individuals make it to wrestle on the big mats, as they got a first or second place at the Section 7A individual tournament. Wrestling at 106 was Marshall Larson. He wrestled Logan Butzon from Jackson County Central. Butzon won by decision 11-5. Carson Kullhem wrestled at 120 pounds. He wrestled Ross Herber from Lewiston-Altura/Rushford-Peterson. Kullhem was defeated with a major decision 9-0. Kullhem and Larson were out after that first match because the wrestlers they wrestled lost their next match.

Jack Gravelle wrestled at 132 and won his match against Trever Arceneau from Bertha-Hewiit/Verndale/ Parkers Prairie. The score was 13-4. Gravelle then wrestled Dereck Ellingson from Tracy-Milroy-Balaton/W-WG. Ellingson won with a score of 14-5. Gravelle was still in it as he wrestled Carter Sorenson from Fosston/Bagley. Gravelle lost 5-2.

Luke Pelarski wrestled at 138 and wrestled Mark Buringa from St. Charles who was ranked No. 1. Pelarski lost 7-2 but was able to still wrestle because Buringa won his next match. Pelarski also wrestled Blake Reiss from Minneota, who Pelarski defeated by a score of 4-3. He moved on to day two of individuals. Pelarski wrestled Trey Fairbanks from Deer River but lost 6-4, one match away from placing.

Tyler Spolarich wrestled Devin Dean from Bertha-Hewitt/Verndale/Parkers Prairie. Spolarich won his match 7-3. He then wrestled Kyle Cavanaugh who was seeded No. 1 in the 145 weight class. Spolarich lost by a pin at 2:39. Spolarich was still wrestling and faced Eion Ness from United North Central. Ness won by pin at 4:02.

Quin Miller wrestled at 152. In his first match he wrestled Chandler Mooney, who was also seeded No. 1. Mooney pinned Miller in 50 seconds. Miller was still able to wrestle, facing Anthony Maher from BOLD, Olivia, who Miller defeated 7-5. Then Miller wrestled Zachary Holts from Kimball Area on day 2 of the individual tournament. Holtz won by fall 1:41.

Payton Berg, manager of the wrestling team, said it meant a lot to be a part of a team competing at state. ”The State Tournament was the cherry on top of a great season,” Berg said.
​ 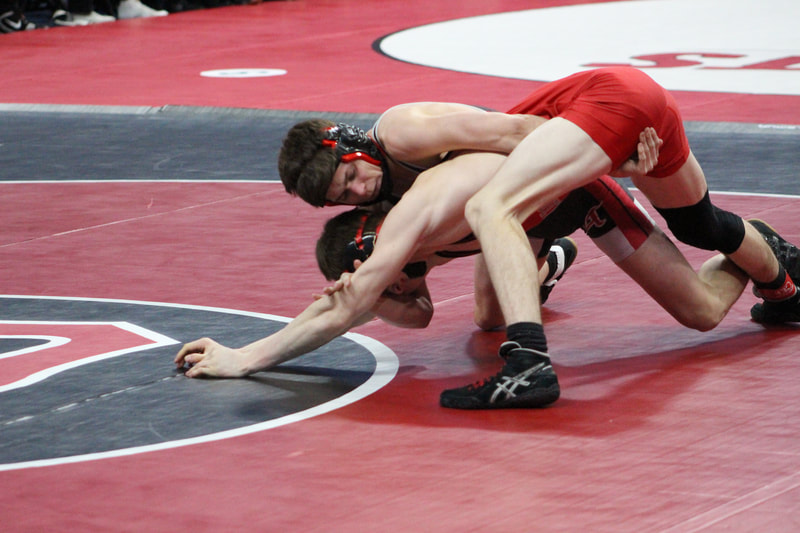 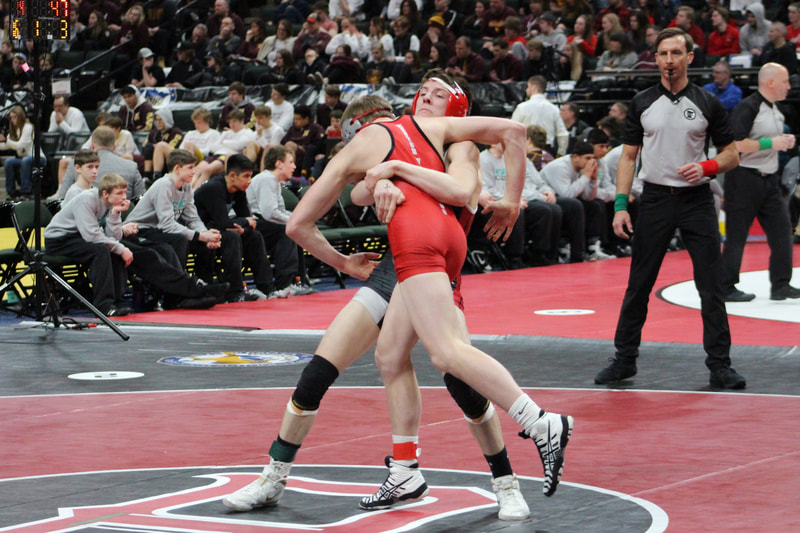 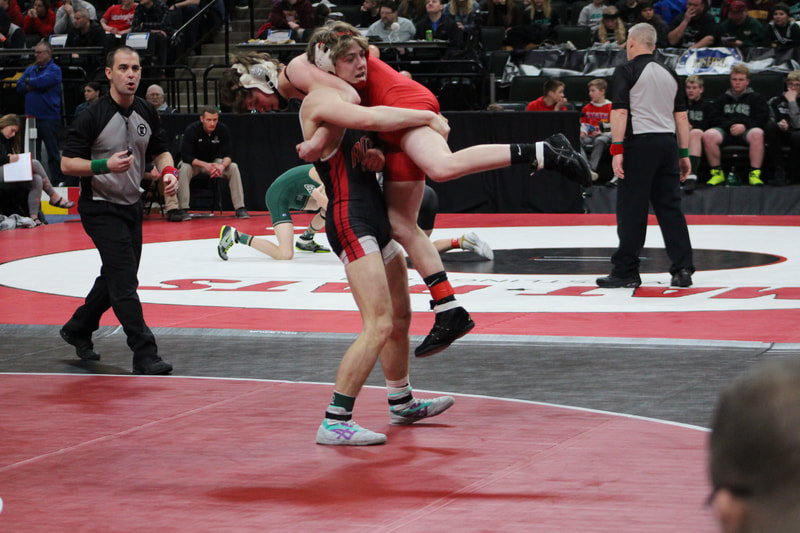 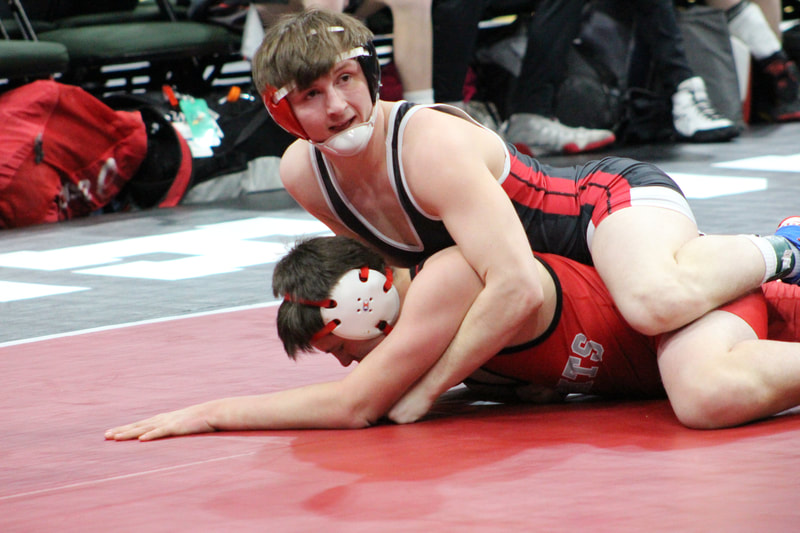 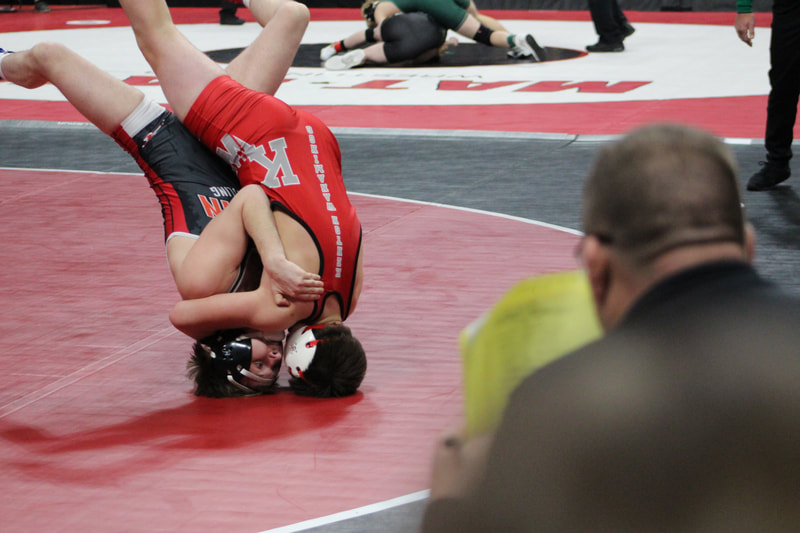 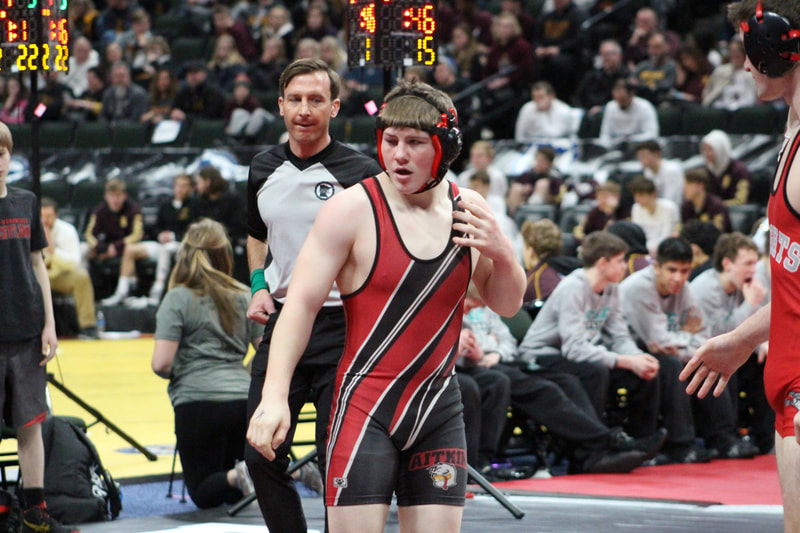 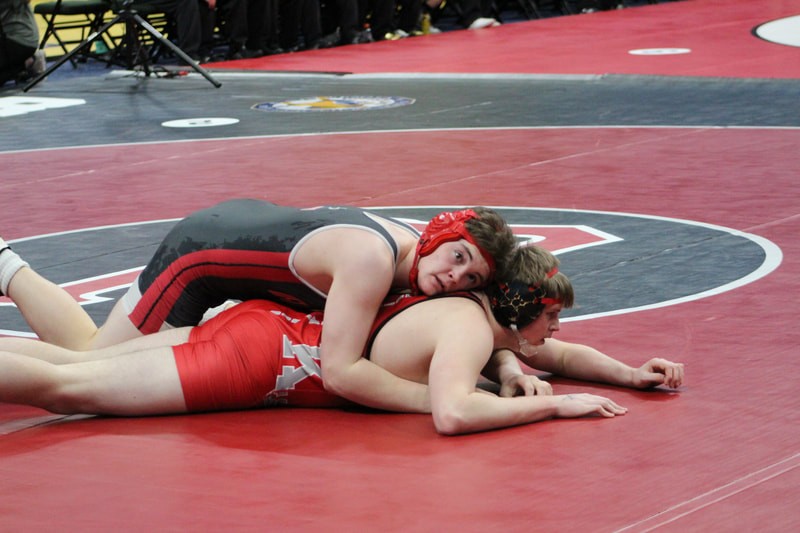 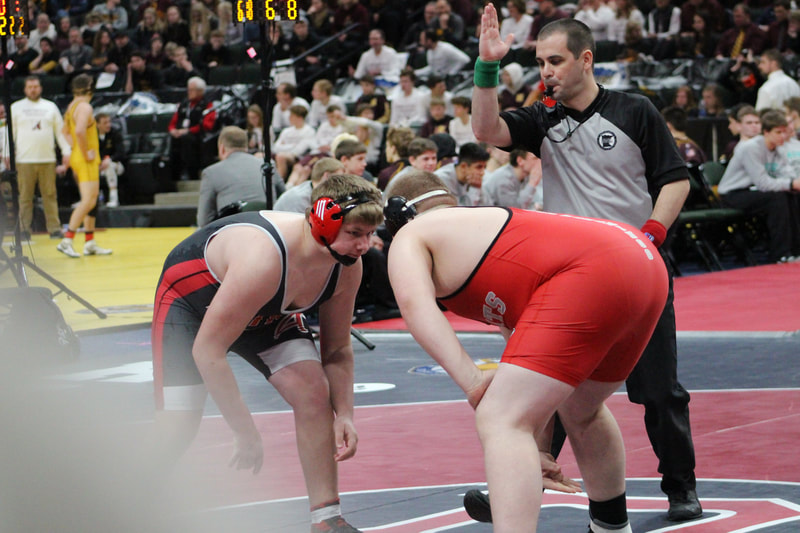 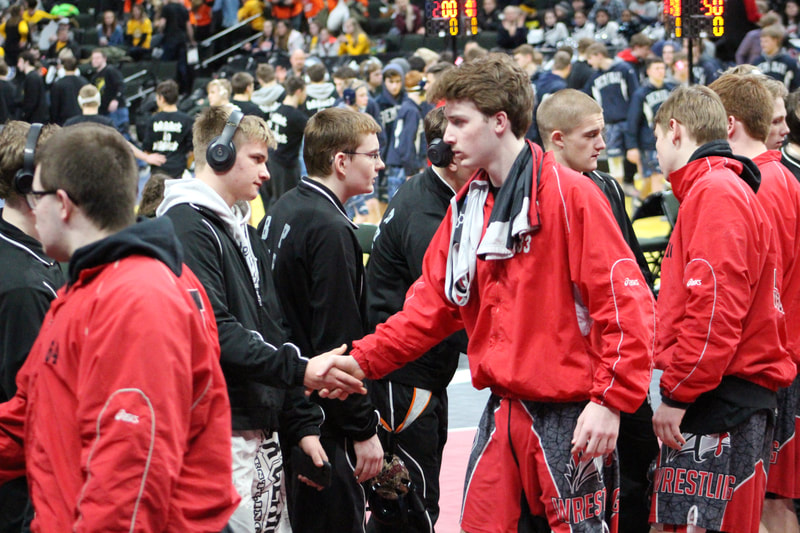 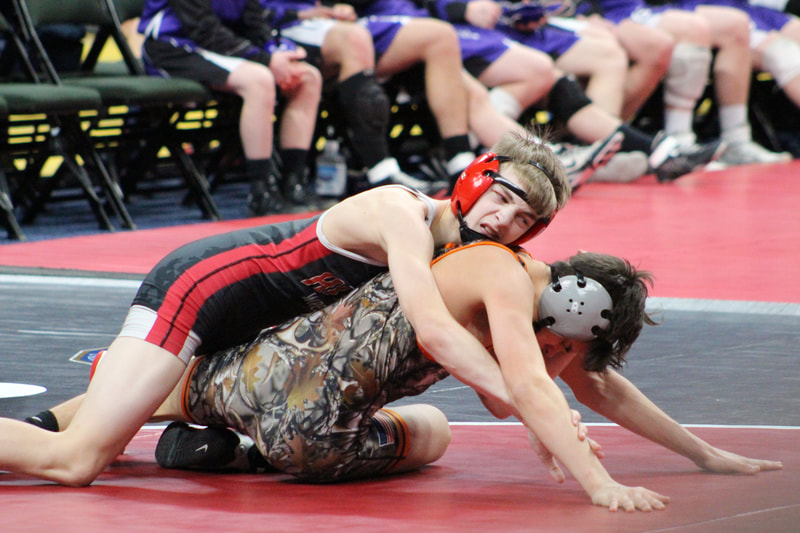 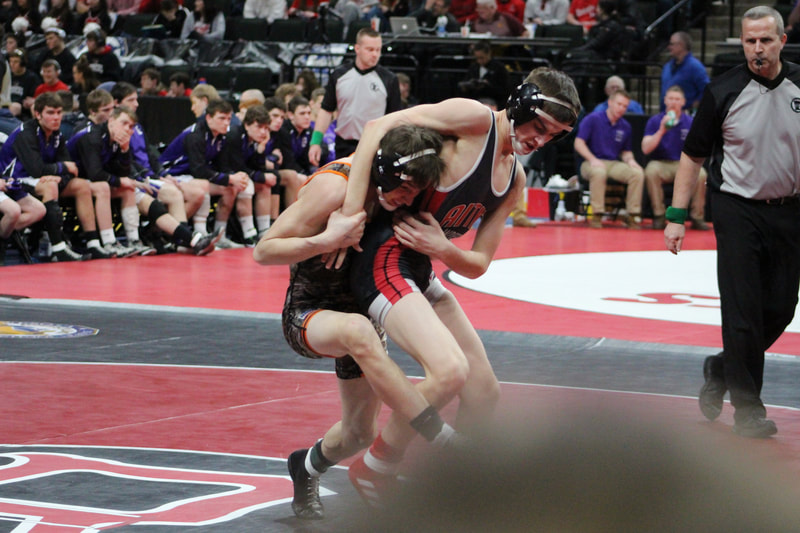 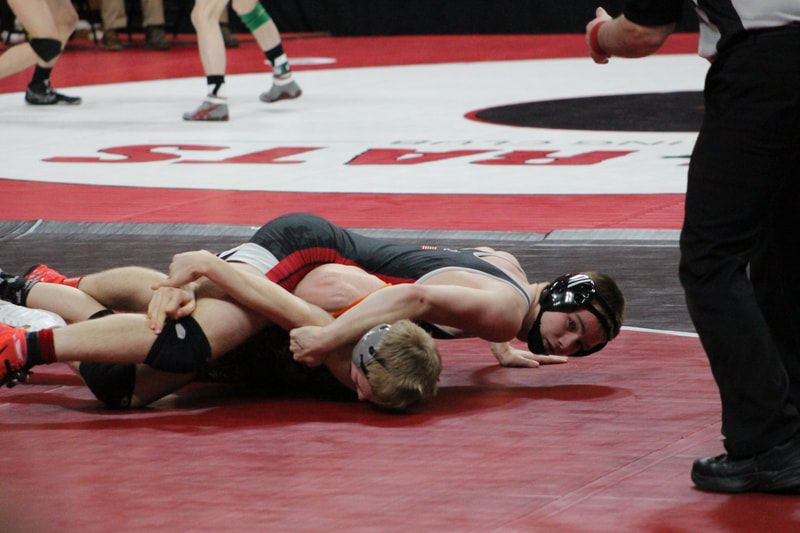 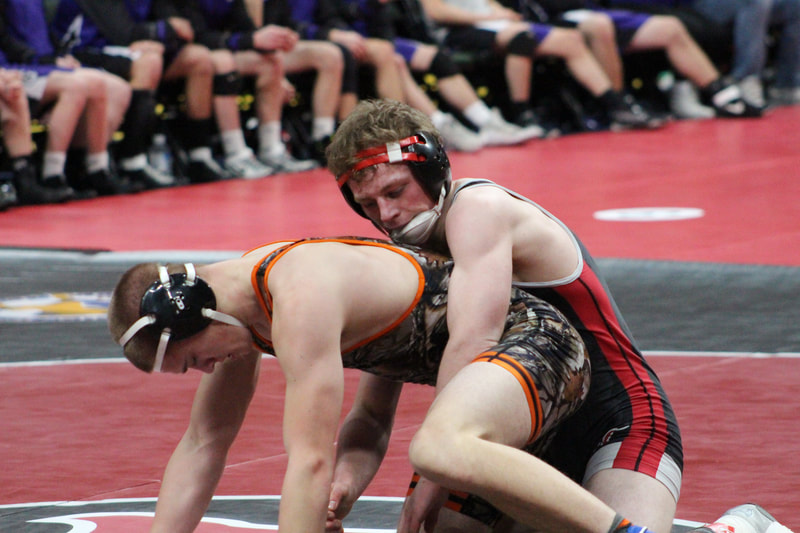 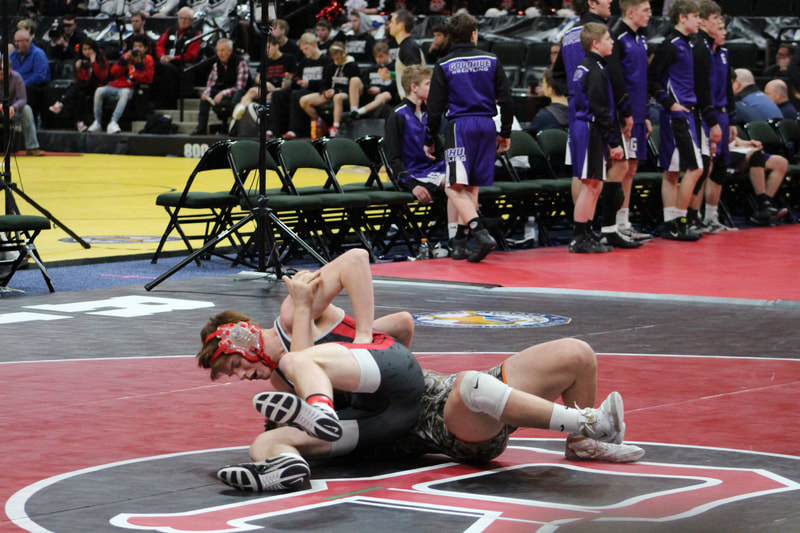 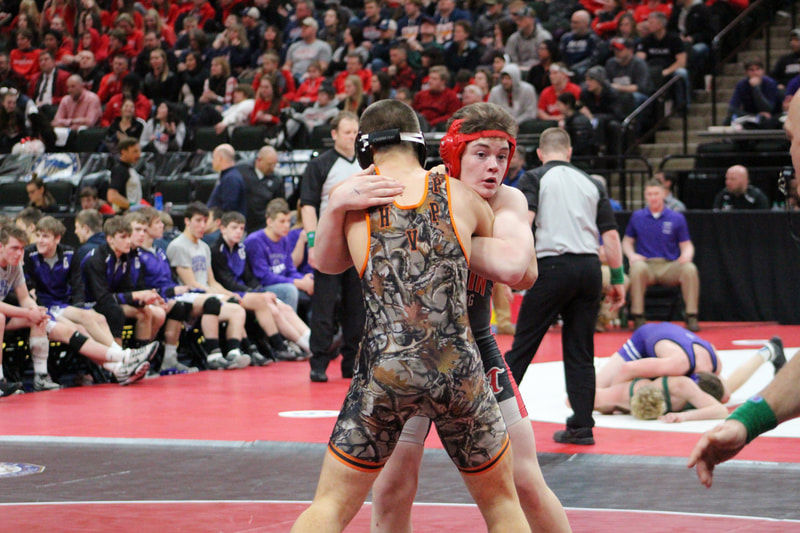 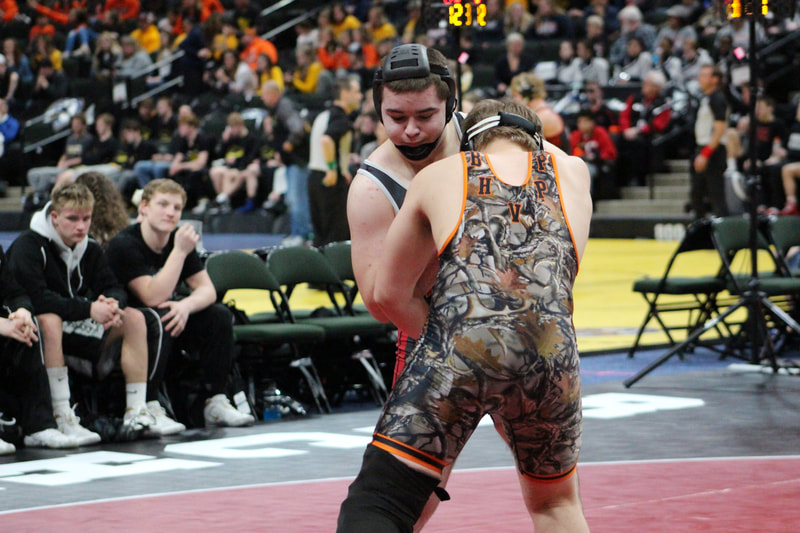 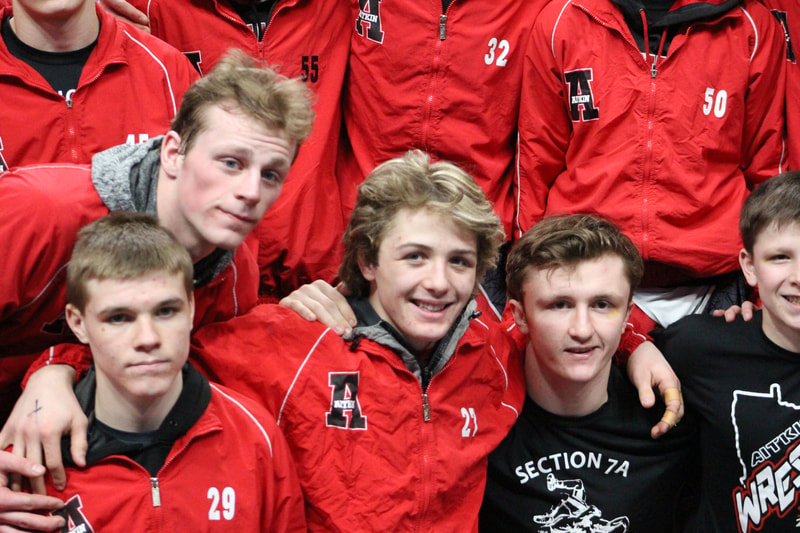 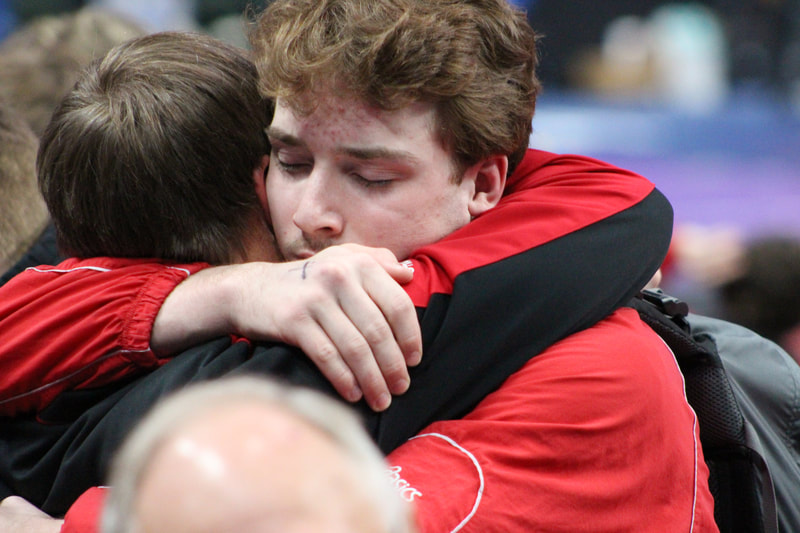 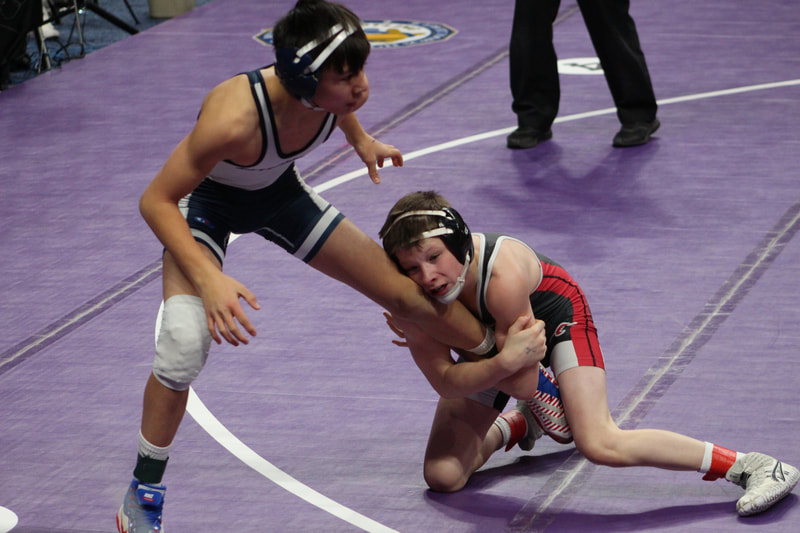 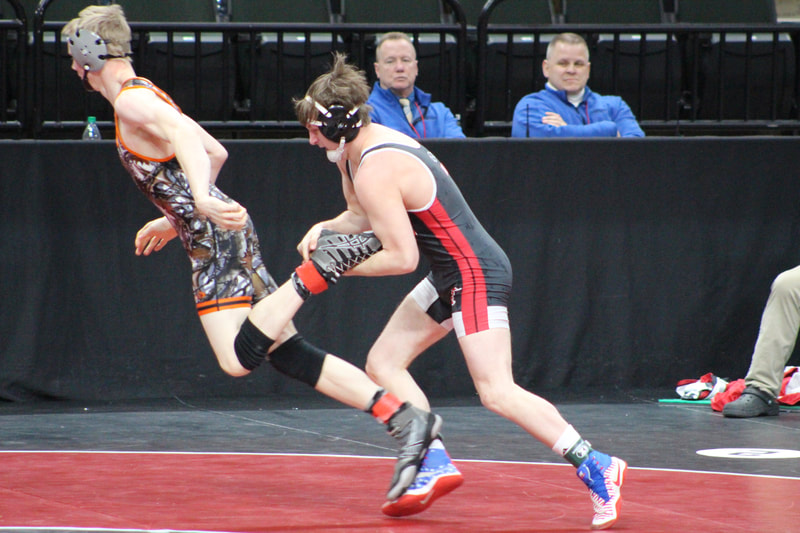 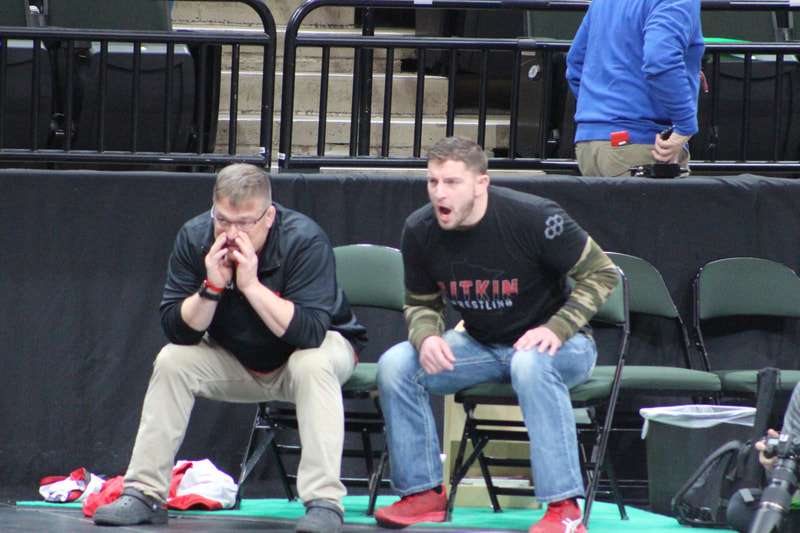 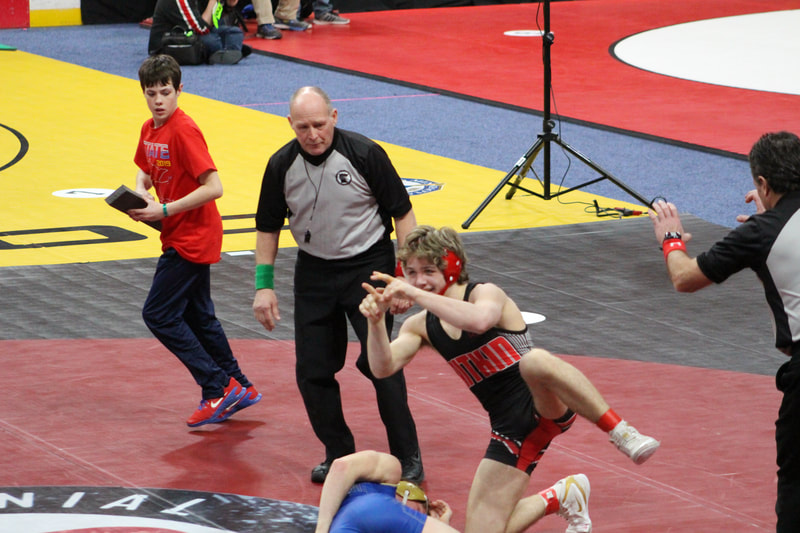 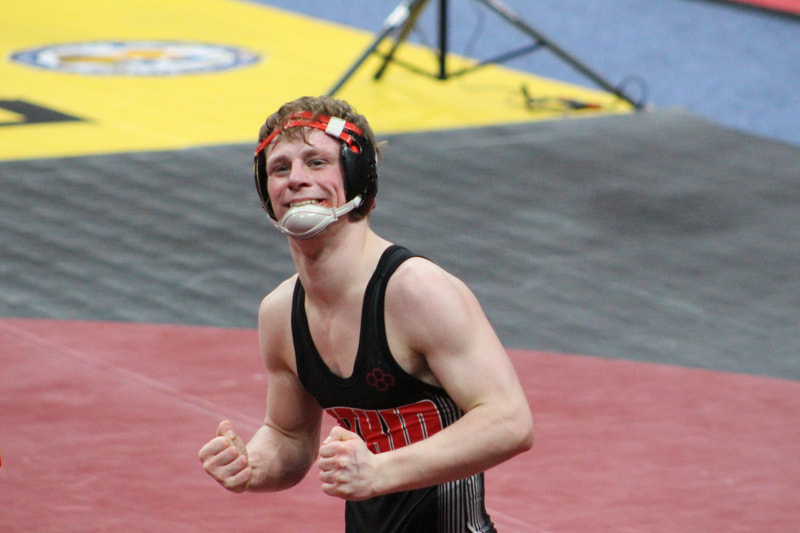 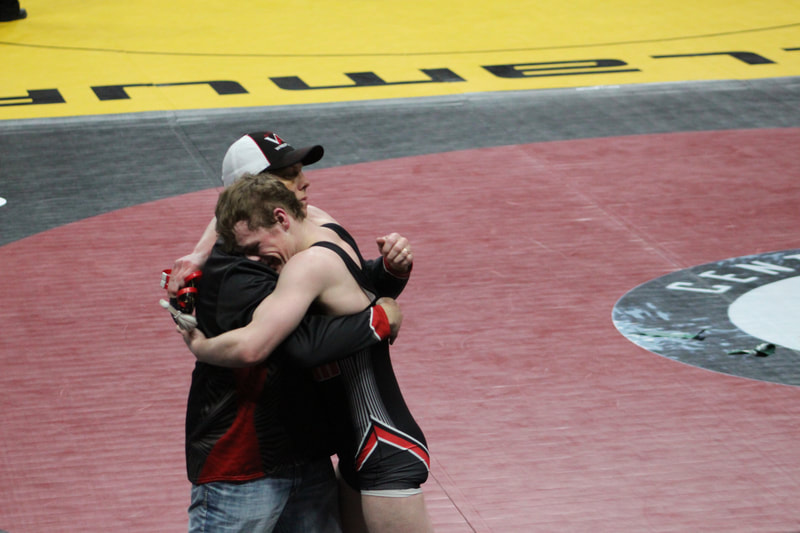