Gobblers get payback against Esko 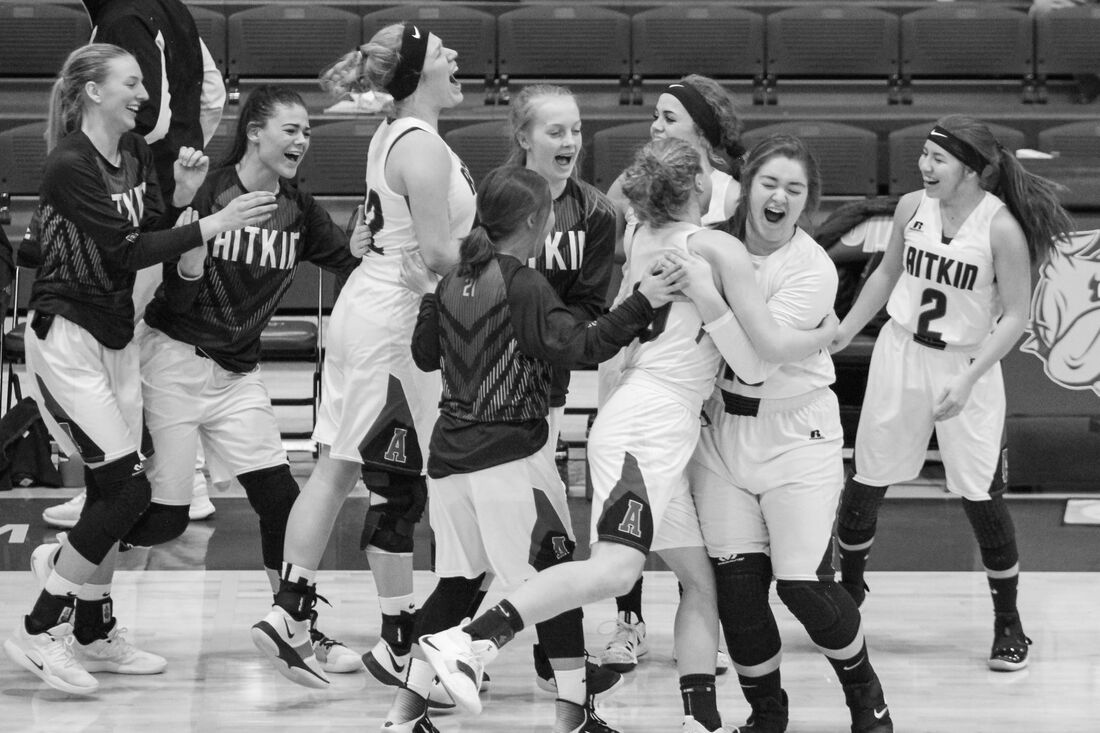 The Lady Gobblers advanced to the Section 7AA semifinal with a 59-52 win against the No. 1-seeded Esko Eskomos, who sported a 21-7 record this season. The win reverses a 69-40 loss earlier in the season and sets up Aitkin against Duluth Marshall at 6 p.m. Wednesday at the University of Minnesota-Duluth.

“The biggest change from our first meeting to last night was that we are a more confident team,” head coach Rob Williams said. “We have built a trust in each other on the court and are working as a better unit. We also decided as a team to stop worrying about how to stop them and focused on making them figure out how to stop us. For example, more full-court pressure in the man-to-man defense.”

The ladies had a good first half and were ahead 30-19. With 13 minutes left in the game Esko was down by 15 points. After having three girls foul out, they needed some action from people coming off the bench.

“Late in the game when we had three girls fouled out, we needed a bench player to step up and we subbed Sarah McMillan in with less than a minute left,” Williams said. “She flashed up to help in the press break, ripped through and cleared half court before getting fouled. Then she calmly stepped to the line and hit a pair of critical free throws and pushed the lead back to 5 and helped seal the victory.”

Aitkin finished its regular season 15-10. The girls have come a long way not only individually, but as a team. The Lady Gobblers have had battles this season but make their way through it. Aitkin opened playoffs with a win against Moose Lake-Willow River to set up the rematch Esko.

“It is hard to point out individual accomplishments in such a great team effort, but two situations stood out for me,” Williams said. “First, McKenna MacDonald played a great game. Every time they doubled onto Kaija, we made the extra pass and McKenna hit some keys shots.” Williams went on to say McMillan’s play off the bench was crucial for a team win.

The ladies would love to have their fans there cheering them on at UMD Wednesday, making it feel like they are at home.
Powered by