Teacher of the Week: Mr. Richters 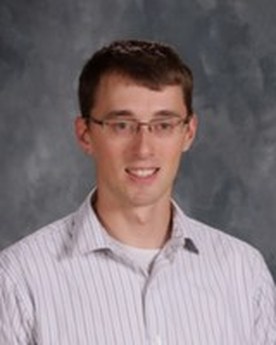 What makes a great teacher? A great teacher is someone who has patience with their students and clear written out objectives; they have a lesson plan for what the students will be learning that day. They are well organized and well prepared; they show up on time and are prepared throughout the day with what they will be teaching their students. They encourage students and show that they care by trying to engage the class and giving help to students when needed.

Mr. Richters has all of these great qualities of a good teacher. He has been a teacher at Aitkin High School for four years now.  He decided to become a teacher during high school. During his time at school, he had the chance to go and work as a Peer Helper, and being able to help students made him want to become a teacher. He went to South Dakota State University for college after he was done with high school.

Mr. Richters married his high school sweetheart in 2008. They started dating in their junior year of high school. They have been married now for six years.  He has a daughter named Elle who is 3-years-old. Elle just joined a dance class, and now Mr.Richters is learning from his 3-year-old daughter how to dance. He says maybe someday, she will be on the Aitkin All Starz team.

Some interesting things about Mr. Richters that you might not know are that his favorite movie is “Princess Bride” from the 90’s. He enjoys this movie because it never gets old, and it’s a comedy. His favorite book is “The Hobbit” because he believes that it is a good book and has a good story to it. He says that it’s the type of book that never gets old. If Mr.Richters could have one superpower, it would be to fly. Because of the long drive from Brainerd to Aitkin everyday, he says it gets old, so that way, he could fly to work and back. One of Mr. Richters’ pet peeves would be people that have a sense of entitlement, for example, when students believe they deserve a good grade for doing an assignment, even though the assignment wasn't worth a good grade.

Something Mr. Richters looks forward to is coming into school and being able to interact with the students and to make them laugh, or seeing ‘light bulbs’ go off. Mr. Richters says students have horrible poker faces.
Powered by