Male Athlete of the Week 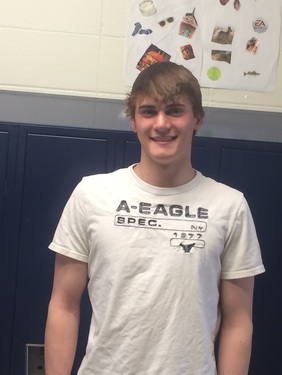 Bryce Haugly, senior at AHS
By Sam Roring
Posted March 29, 2016
​
Bryce Haugly is the AHS athlete of the week. During his tenth grade year, Haugly made the big switch from basketball to wrestling. When asked why he made the switch, he said basketball was just not kickin' it. Haugly said he had always wanted to try wrestling. He likes the challenges that wrestling gives you. It make you more mentally tough. When asked if being in wrestling was like having a big family, he said, “Absolutely it was.” This year Haugly wrestled 132 .
​
Haugly is also one of the star tennis players and this year's captain of the tennis team. The other captain of the tennis team Franklin Real says Haugly is the bee's knees. Haugly is a good player, just coming short of a trip to state last year. Haugly is very determined on taking sections and making the trip down to state this year.
Powered by