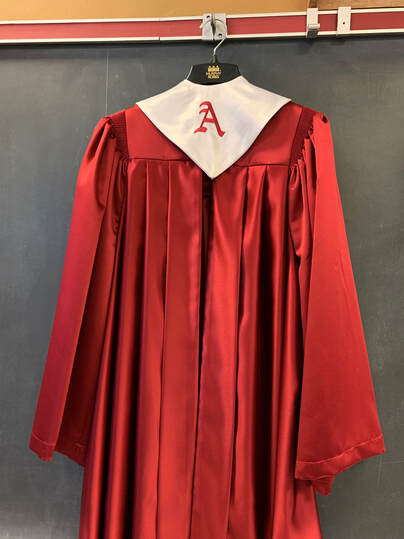 The Concert Choir robes will be replaced after 60 years.
By Casey Avenall
Published March 26, 2019

The Aitkin High School concert choir will be getting new robes to replace the old ones that have been worn by the choir for the past 60 years. Mrs. Kelly Blake, who is in charge of the choir, enlisted the help of the Aitkin Education Foundation to help pay for the new robes.

Concert choir will be receiving 75 robes. Each robe cost $150, ending up in a total of approximately $12,000. All of this was donated by the choir members, local families, and a few fundraisers including a dinner. Mrs. Blake is hoping for these new robes to last as long as the old robes, but are planned to be replaced in 20-25 years so that they don’t get as tattered.

The choir uses the robes for their fall concert, winter concert, Veteran’s Day program, pop concert and at graduation. The new robes will be used in concert for the first time at the pop concert on May 17.
Powered by