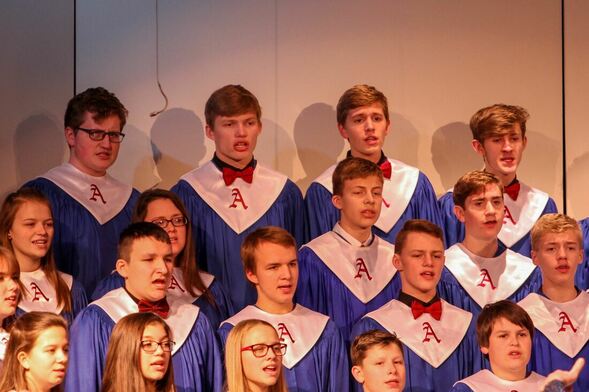 On Tuesday, March 12, the Concert Choir, Madrigals, and Handbell Choir headed to UMD for the Minnesota State High School League Sections Large Group/Solo/Ensemble Vocal and Instrumental Contest. The concert choir received a superior rating for “Ngana,” “The Seal Lullaby,” and “Hark I hear the Harps Eternal.” For a superior rating, groups must get 35 or more points. Each of the following categories can give groups a possible 5 points: Tone Quality, Intonation, Rhythm, Balance/Blend, Technique, Interpretation/Musicianship, and Diction.

“It was a great day of music for everyone,” Said Mrs. Kelly Blake.
Powered by