Take a trip to the Wizarding World of Harry Potter! 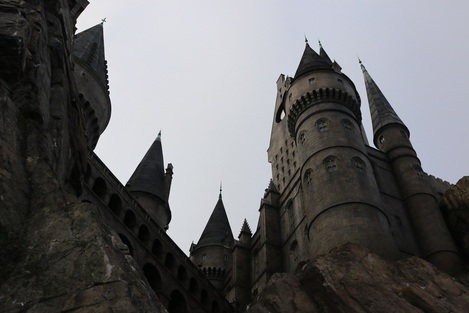 Harry Potter fans: Come one, come all! The Wizarding World of Harry Potter in Orlando, Fla. is the place to go if you consider yourself a witch, wizard, goblin or troll.

When walking into the first part of the theme park, Hogsmeade, you will be blown away by the realistic look of the people and buildings that you find in the movies and books of Harry Potter. Between Butterbeer, Three Broomsticks, and magical candy shops you can get the real experience of living as a wizard in Hogsmeade. There are three main attractions that you can ride on: the Forbidden Journey, which is an indoor ride exploring quidditch and the Hogwarts castle, The Dragon challenge, which are two roller coasters intertwining to make a thrilling ride, and the Flight of the Hippogriff, which is a roller coaster for all ages.

When you want to go to Diagon Alley, you can hop on the Hogwarts express and ride there. During the ride, you meet the characters, and you see the scenery of the movie. When entering into Diagon alley, you will see Gringotts Bank that has a fire breathing dragon on top of it and many other shops that are in the movie. At Ollivanders wand shop, you can get fitted to your very own wand and cast spells at many points in the park. The wands have a sensor on the tip, so if you go to the right spot and wave your wand the right way, you can do your own magic. Diagon Alley has one ride, which is Gringotts Bank. You take a tour of the bank, which has been broken into by evil wizards, dragons, trolls and Lord Voldemort himself. It’s a fast paced fun ride that you will want to ride more than once.