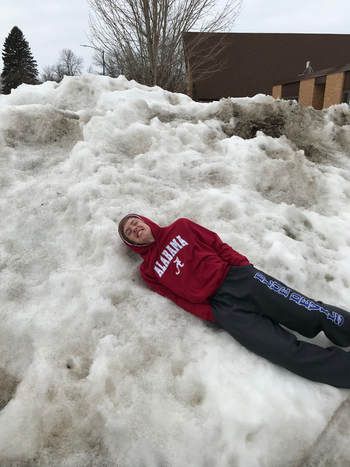 After a large amount of snow was predicted to fall on Aitkin the morning of March 5, Aitkin High School was cancelled. Not only did the snow cause one complete snow day, but it also caused school to start two hours late on Tuesday, March 6.

The timing of the decision to cancel school was controversial because it was made early in the morning on Monday by the school district and the snow didn’t actually arrive until near the end of the school day.

“Based on all the information and safety concerns that I had, I thought it was necessary to have the day off for snow,” Aitkin Superintendent Mr. Brad Kelvington said. “Based upon the weather, it was the right thing to do.

“In order to not miss any instruction time, the day of school missed will be made up on Friday, April 27.”

Some students are not in favor at all of making up the day that they missed so late the school year.  “It is better to do it earlier than to make it up at the end of the year,” Aitkin senior Vanessa Lee said.
Powered by