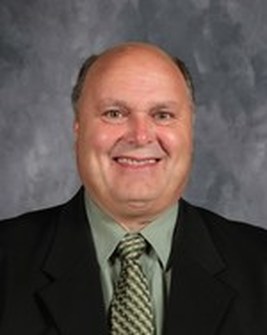 This year Aitkin High School has a new principal in Mr. Paul Karelis, who was born and raised right here in the city of Aitkin. Who would have thought he would be the principal of the school he graduated at?  It’s been his dream to come back home to Aitkin to work on the farm, but he was skeptical about being the principal of the high school . “It crossed my mind as I entered the administrative role, but didn’t think I would have the opportunity and I am very lucky and excited to be here,” said Mr. Karelis.

He is almost through his first year and he is already enjoying the school. He said, “It’s been great being in my home community and it’s opened my eyes up to what small schools can offer kids.”

Mr. Karelis has a lot of experience under his belt.  After graduating here at Aitkin High School, he went to college at the University of Minnesota-Mankato for his bachelor's degree in science, then to Southwest State University to get his master's degree in science. He then attended St. Cloud State for his K-12 Principal License. He taught agriculture and science for 21 years, was an assistant principal/athletic director for two years, and spent nine years as a principal.

Some of Mr. Karelis’ changes can already be seen around the school. Some changes he is most proud of are opening up greater lines of communication with the police department and social services, working on redesigning vocational design with instructors and higher education campuses, and bringing forth a crisis management plan for the district, which has been reviewed by the administrative team.

​The biggest issue Mr. Karelis feels needs to be addressed is technology. “We need to be updated and catch up so students are prepared for for college … computer technology in every kid's hands to enhance learning,” Karelis said.
Powered by