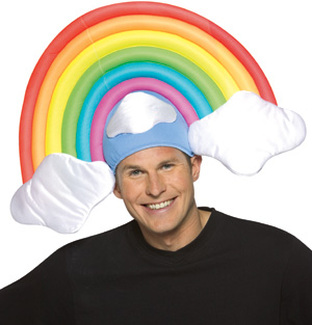 The students at AHS are still fighting the hat policy by continuing to wear their hats at times when they're not allowed to wear them. The Aitkin High School student council and Mr. Pederson have come up with a new solution: Hat days for $1 on random days. Even though the majority of students have stopped trying to fight the hat policy, students are still wearing their hats.

“There has been a large cultural difference on what is acceptable and not acceptable between youth and other members of society,” Mr. Richters said. “They (hats) are also a distraction.”

However, students such as Jordan Macdonald say otherwise. “I really don’t care either way, but I personally don’t know the difference between wearing a hat in school and not wearing a hat, because a hat is a hat.”

It doesn’t seem that Mr. Pederson’s opinion about the hat policy will change. “Every institution has its own hat policy and the majority of them will not allow you to wear a hat while in the building, and that’s something we have to learn and accept,” he said. “They are a distraction. Kids put messaging on their hats that is not acceptable. Some of the hats are not clean and that causes problems.”

Bryce Haugly said students should be able to wear hats as long as there is no gang symbols and people are responsible and respectful about the hats.
Powered by