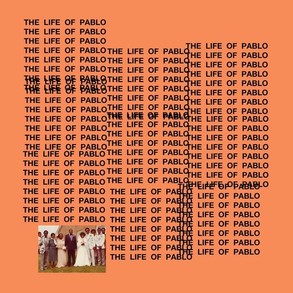 Kanye West’s The Life of Pablo (TLOP) is the latest installment in a line of masterpieces. With each of his albums he inspires a new wave of music and musicians, but with TLOP it’s different. He doesn’t attempt to reinvent his genre or make any larger statements, yet he makes one regardless. This is Kanye, 18 tracks giving us an insight on his pride, his flaws, and overall the man behind the music.

West addresses the turmoil that comes with a life as large and public as his in songs like Real Friends where he talks about struggling to find who his real friends are; who’s around for the fame and money and who’s there for the real him. He touches on the fact that he plays a part in this, creating rifts and distrust in many of his relationships. In FML he talks about the stress of maintaining a relationship with his wife and family. While he addresses the fact that he holds much love in his heart for his loved ones in lines such as “For my children, I will die for those I love,” he is also brutally honest about the issue of media coming between his family in “They wish I would go ahead and f*** my life up, Can't let them get to me, And even though I always f*** my life up, Only I can mention me.” Yet Kanye maintains that no matter what happens it’s in his control, it’s his fault if he makes a mistake.

In the end The Life of Pablo is a scattered expression of Kanye himself. We get to hear Kanye take an honest and emotional look at his life. Touching on all the parts that make up the whole that is Kanye in a perfectly broken way. Harboring such a free sound it lacks the refinement of past albums, yet somehow the overall album's scattered and unpolished feel seems to enhance it, truly making it an uncensored outpouring of the artist's self. 9/10
Powered by