Lake's legend lives on at AHS 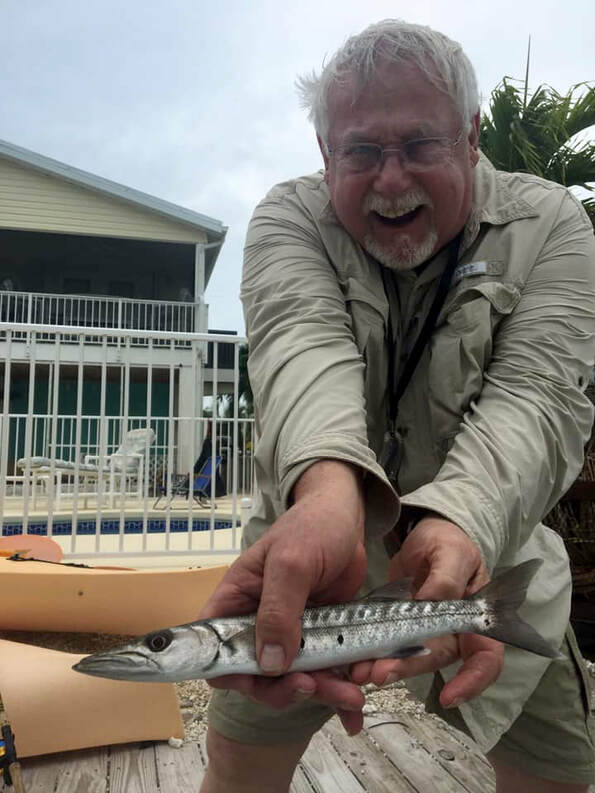 Mr. Lake continues to make his mark as a substitute teacher at AHS.
By Shelby Doely
Published March 14, 2019

It is no secret that Mr. Bob Lake is among the most iconic and memorable substitute teachers at Aitkin High School. He has been noted for his humorous and exuberant personality, engrossing stories, and dry humor. When a teacher announces Mr. Lake would sub in for them, a series of hushed giggles and whispers erupt throughout the classroom because students know with Lake around, the class would be anything but dull.

“Mr. Lake is very enthusiastic, a good person to learn from, and always has an interesting story to tell,” Nathan Rom, another junior, stated.

But there is more to Mr. Lake than meets the eye.

Robert Lake was born and raised in Aitkin, Minnesota with 4 sisters, him being the middle child. He served time in the Marine Corps and has earned the Purple Heart for the injuries he had endured in the Vietnam War. Lake married his wife, Sharon, in 1978 and since then had two children together: A daughter named Shauna and a son named Ryan.

He attended school in Aitkin and graduated from Aitkin High School in 1967. Lake went on to college at Southwest State, where he played football and wrestled.

When Lake got serious about pursuing a career, he went back to college and attended the University of Minnesota, graduating in 1979 with a major in agricultural education. “I couldn’t be a normal teacher,” Lake said in regard to why he chose to pursue a career as an ag teacher. “I had to have something that didn’t feel like you were teaching.”

When Lake finished college, he was immediately placed in Aitkin to teach agriculture.

Lake has expressed a great interest in helping troubled and at-risk kids. As a teenager, Lake himself was considered “troubled” and didn’t particularly care for school. “I was not a good student at all!” he said.  On top of that, Lake didn't care much for teachers as a teenager. ”I always thought they had all the answers but didn't do the work,” He explained. When he returned to Aitkin to teach, he felt as if he was looking in a mirror. “You’d see the kids who didn’t like school so much,” said Lake. “Those are the kids I liked working with.”

Lake is renowned for his stories, which often have a moral. One of the craziest stories that Lake has from teaching was when he caught a kid stealing. Lake was so spitting mad that when his first class of the day came in, he simply said, “Today’s lesson is ‘thou shalt not steal.’” With that being said, they tore apart the kid’s motorcycle and put in a 55-gallon barrel drum. The parents of the kid eventually found out about the incident and made a complaint, which resulted in Lake being called down to the office. Mr. Albertson, who was the principal at the time, questioned Lake about the incident, and the kid’s mother grew angrier. Lake looked her straight in the eye and said, “You know, the hospital bill would have cost a hell of a lot more than the motorcycle is worth. You understand now why I did that?” With that, he walked out and slammed the door behind him. After that, he took some time off. “I put myself in time out,” he recalled with a chuckle.

After 34 years of teaching, Lake said it was extremely tough to step back and retire. “I enjoyed teaching, but life is a big book,” said Lake. “When you finish a chapter, you go onto the next one and you keep going until you’ve run out of pages.”
​
Lake has one piece of advice for the graduating class of 2019. “Keep your eye on the future, your mind on the present, and memories in the past,” Lake proclaimed. “Always remember your memories.”
Powered by