Heimark returns to AHS as teacher 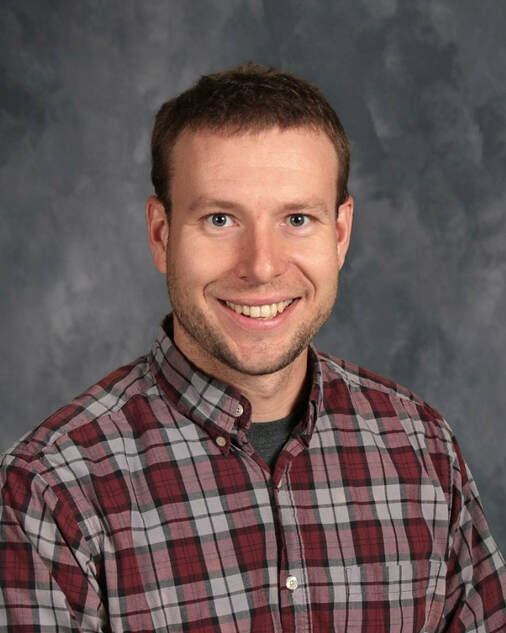 Mr. Erik Heimark never thought he would be teaching at his alma mater.
By Alana Huppert
Published March 11, 2019

Erik Heimark is the new Agriculture teacher and FFA advisor at AHS. Heimark was offered the teaching position in the fall of 2018 and with the threat of shutting down the Ag Program and the FFA chapter, Heimark took the job. When asked about his job and how he got it, Heimark explained that he was asked to come to the high school to teach. “I never thought it would be something I would do,” said Heimark. Currently, Mr. Heimark and his partner own a business called Mapleridge Produce and Baking Company.

Erik Heimark was born in Aitkin and graduated with a high school diploma from AHS in 2007. He went to college at the University of Minnesota-Twin Cities and has degrees in Anthropology, Religious Studies, and Russian Area studies. Heimark spent time in Moscow and Siberia doing his undergraduate research and thesis. Currently, he is involved in the Sustainable Farming Association, Crow Wing County Co-op, Grand Rapids Farmers Market, Minnesota Grown, FFA Alumni, and the Farmers Union.

Mr. Heimark likes to tell interesting stories from his past, which he uses in lectures and applies to his course material. Heimark is passionate about his job and works well with his students. When asked what was most rewarding about his job, Heimark replied, “Watching how kids mature and change and knowing you had a part in that.”

Some of Heimark's hobbies include gardening, cooking, baking, and thinking of new recipes. His favorite weekend activities include hanging out with friends but staying productive at the same time. Heimark’s example of this included cutting wood with friends, hopefully keeping all of his fingers intact. When asked how he attempts to keep a healthy work/life balance, Heimark stated he simply doesn’t balance it. He is always busy doing something and this being his first year teaching, he is busy planning course work for his students and running his business. His favorite food is Borscht, which is a Russian beet stew, and he also noted that he likes pasta and chocolate. One of his favorite books is My Antonia by Willa Cather and he is currently reading Soiled to Dirt by Gabe Brown.

According to Mrs. Sander, we are lucky to have Mr. Heimark here at Aitkin High School. “He brings a wide array of experiences and knowledge to the Agriculture department at AHS. He has stepped up to the plate and is becoming a great teacher. All of his students should be thankful for all the hard work he puts into his classes and the sacrifices he has taken to become a teacher.”
Powered by