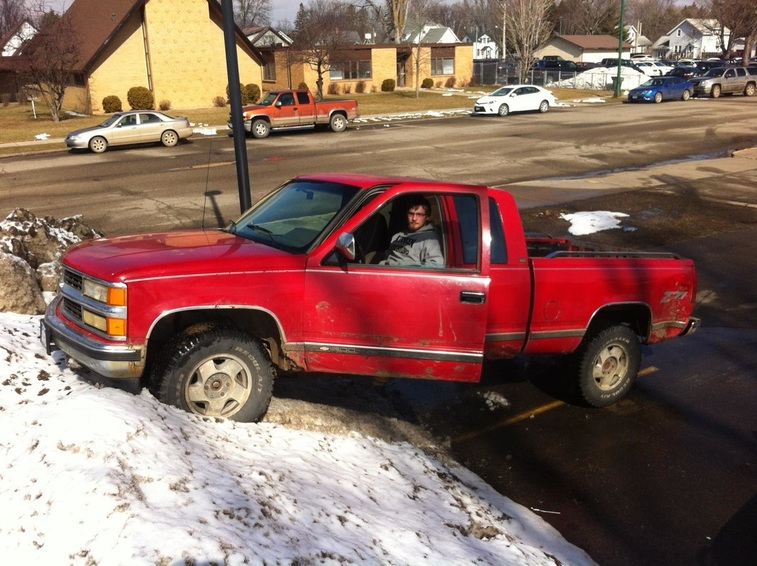 Heap of the week, an honor so highly sought after that many people crave it. This week, we chose Sam Roring and his 1994 Chevy Silverado to be the Heap of the Week.

Sam Roring is a senior at AHS and in his words, “Dang proud to drive this beautiful piece of machinery.” His truck is rusty, yet trusty, and definitely attracts attention wherever it goes. It's mainly held together with duct tape, gum, and zip-screws.

People may ask, “Why is he driving such an amazing automobile?”  His answer is, “Why not? It’s a beautiful truck that any man should be proud to drive.” The most amazing feature of this fine vehicle is the extensive amounts of rust that it has. There's rust as far as the eye can see, and any true truck man would say that without rust, a truck is nothing.

Sam’s truck is the epitome of redneck, and he wouldn't want it any other way. The exhaust leaks, it's loud, unsafe, and truly American. That's the way a truck should be, and Sam’s truck hits that right on the head. ​
Powered by