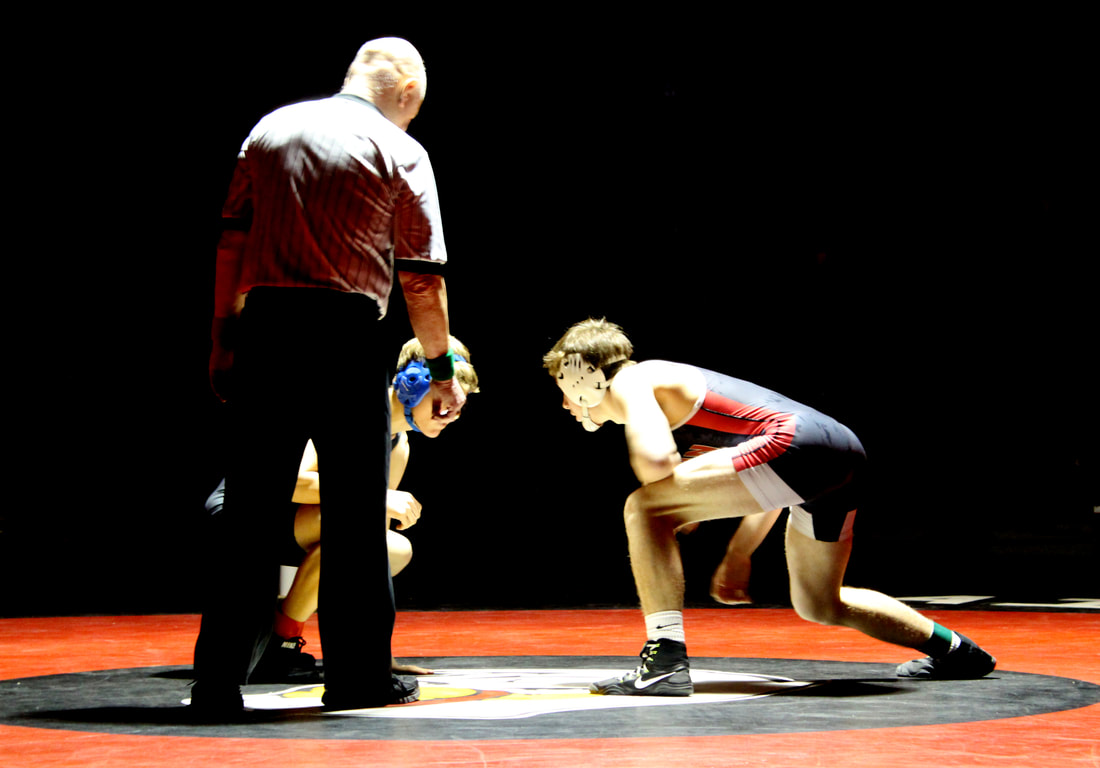 Luke Pelarski toes the line in a match against Zimmerman earlier this year. (Photos by Kassidy Pietz)

Aitkin Wrestling: More than a sport 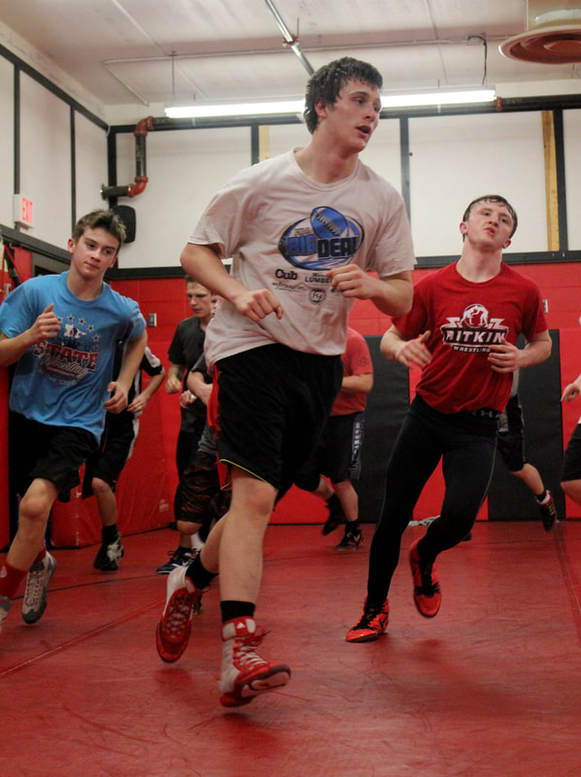 For most high school athletes, sports come and go with the season. But for the Aitkin wrestling team, it’s a different story. For these boys, wrestling is more than a sport. It’s a lifestyle. They work day in and day out to perfect their skills on and off the mat. Coach Larry Liljenquist says that through the wrestling program the coaches get the privilege of teaching and training the young men to become productive citizens in society, and in the meantime they will hopefully get a good wrestler out of it all.

The boys are currently 18-11 in the dual meet season and have been doing better than ever. Coach Liljenquist says that their “underdog” team has seen great success in the season so far and that all comes from the unity and team bonding that this team excels in. It also comes from great leadership, which can be seen coming from the captains and other members of the team. Wrestling is a unique sport because it is completely individual. If you mess up, you have no one to blame but yourself. This is one of the hardest but best parts of the sport. Another part that stood out to me about wrestling was that there are no favorites. Wrestlers must wrestle off for the spot on the team. They don’t get anything handed to them, they have to work hard every step of the way for what they want. The grind never stops.

Hard work, fast-paced, sweat dripping. These are things that stood out to me after sitting in on one of the team’s practices last week. What I saw amazed me. Each individual was working just as hard as the others, whether it was a young seventh grader, the coaches, or anyone in between. But it was more than just hard work, it was commitment. It was dedication. It was a love and a passion for the sport. The boys had to wrestle live with every other member on the team, which meant that sometimes the match-up was not exactly “even,” but that never discouraged any of them. Each individual wrestled his hardest the entire time. Each individual had support and encouragement for every other person in the room. This is something that Coach Liljenquist highlighted to me that is a huge part of wrestling and part of the reason they talk so much about the Band of Brothers.

One thing that truly spoke volumes to me was that during the practice, a few alumni showed up to the practice and jumped in just as if they had never left. They didn’t come to screw around, they came to wrestle hard and challenge the boys on the team. “You’ll find that in the last couple of years a lot of alumni come back in the room over Christmas break, when they’re home on leave from the military, or when they’ve got a break in their college. They’ll come back in the room … and that, I think, says a lot about the program,” Liljenquist said.

Outside of the wrestling room, the program gives the boys on the team the skills to become productive members of society and to work hard and well with others. Wrestling teaches the boys that it doesn’t matter if you are a C student or an A student, if you work hard you can be successful with anything you do. You can accomplish anything you set your mind to. This pertains to real life because it could be a marriage, a job, or really anything. If you work hard, you will see great success. This is just one of the many things the Aitkin wrestlers will take away from the program when all is said and done. 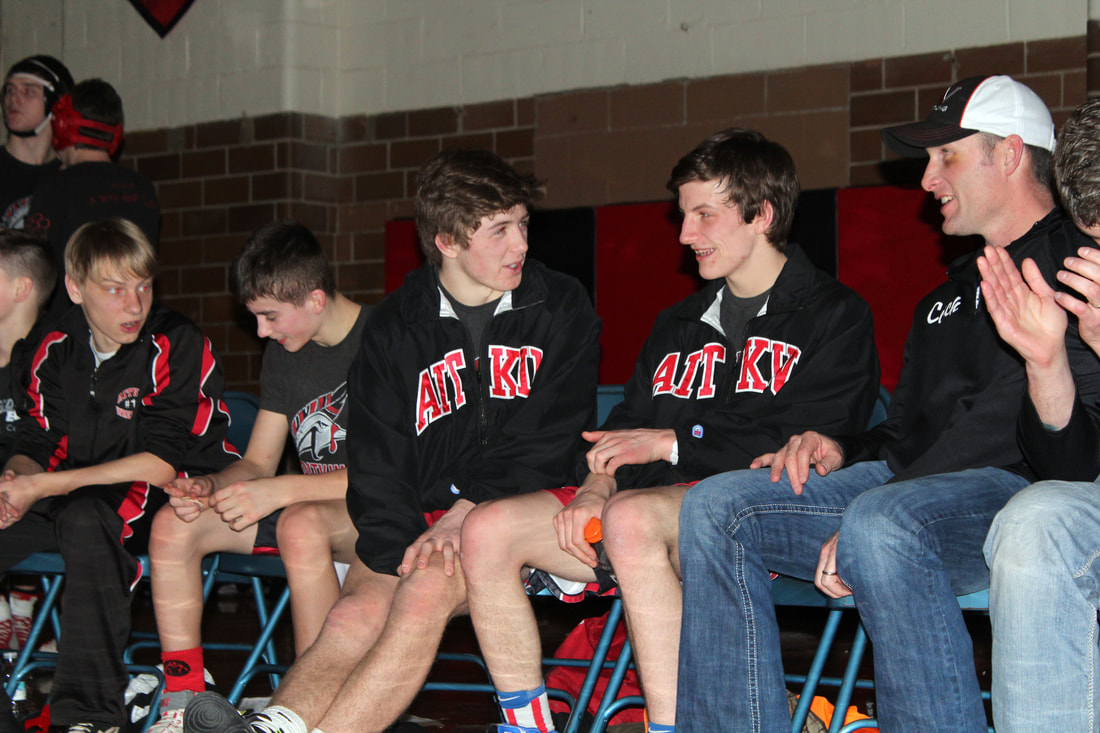