Stifter returns to Aitkin as supt. 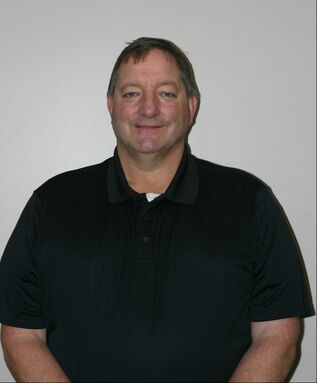 Congratulations to Mr. Dan Stifter as he is the new superintendent of Aitkin Public Schools. Mr. Stifter will be starting his position July 1 and until then he will be in training to become the new leader of our school district.

​Mr. Stifter has a lot of history in Aitkin. He has taught social studies for middle schoolers for about 20 years. He was also a wrestling coach and spent two years as the athletic director and dean of students. He then left Aitkin to go to Menahga as the principal and then Pierz as the assistant principal. While he was in Pierz his child was attending school in Aitkin, so he and his family were still involved in the community here.

Even though Mr. Stifter was an administrator in the past, he had hoped that he would get the opportunity to come back as a superintendent in Aitkin. He has a six year certificate for superintendent from Saint Mary's University, along with his bachelor's degree in social studies, a master’s degree in science and a graduates in education administration. He is now attending Minnesota's Principals Academy.

Speaking with Mr. Stifter Friday, he said the community in Aitkin played a large part in his desire to return. “I originally first moved to Aitkin in 1992,” Stifter said. “I worked here, taught in the high school, coached a variety of levels and a variety of sports. I Just always liked the family bond that the community represents. Even though we moved away, we always felt a desire to move back to Aitkin  Four years ago we were able to move back when I was offered a position in Pierz. The superintendent job gives me the opportunity to work for the district and in a community we feel a part of as a family. We just always really liked and enjoyed the Aitkin area.”

Mr. Scott Miller, a teacher here in Aitkin for 21 years, likes what Stifter brings to the district and community. “I think he has knowledge of the strengths our school has,” Miller said. “He also has some knowledge of the systemic problems we have and he can work towards solving those. He’s honest, straightforward, and has incredibly high standards for himself and the people around him.  He's a great mix of old school discipline and old school expectations but I also think he's learned a lot from his time at an incredible district like Pierz, and he's got some really great ideas of incentives that he can bring to Aitkin that are going to help us grow academically for students.”
Powered by