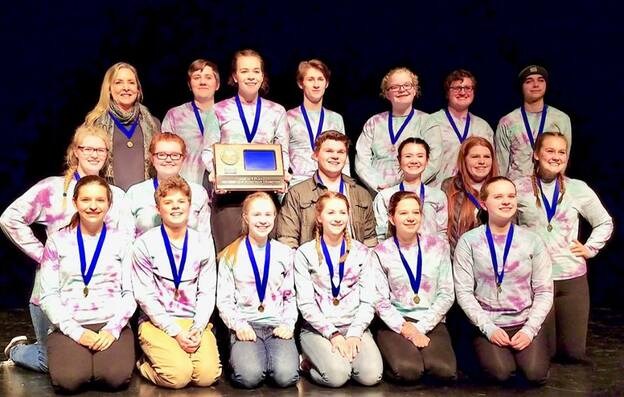 The cast of One act at Sections
By Levi Wickstrom
Published Feb. 13, 2019

The play took first at subsections, moving on to take third at sections. Although several people told her that her play was first place quality, Mrs.  Blake said that the first place play was very good and worthy of first. While she’s busy right now with musical, Blake says she will work on the next one act over the summer and states it is probably going to be another ensemble piece.

Preparation for one act starts with auditions in October or November. Then they practice every weekday except Wednesday from 3:30 to 5:30 p.m. Two full rehearsals are done in January and to be eligible for competition the play can be no longer than 35 minutes. No food or drink is allowed.
Powered by